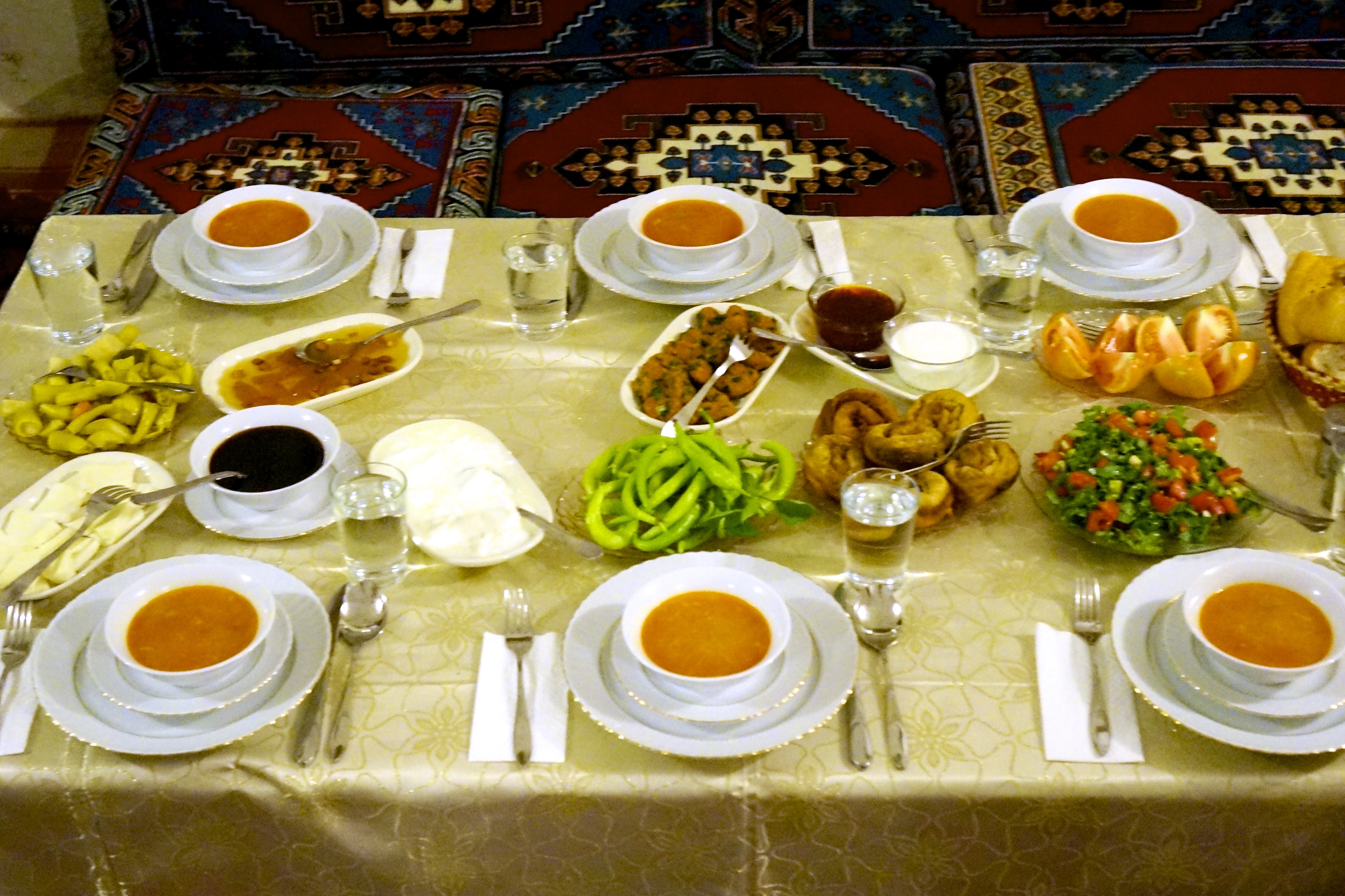 My cooking classes on The Big Trip just keep getting better!  Last week we took a class at Cappadocia Home Cooking in the small rural town of Ayvali, Turkey. We had a terrific evening getting to know a local family, learned quite a bit about traditional cuisine, and cooked to our hearts content.

The evening began with a tour of their beautiful gardens. All the produce we used came from their garden, as well as many other ingredients that were made on their farm. I’m a sucker for seeing my food in its natural form before eating it, so I loved exploring their gardens and learning about their farm. 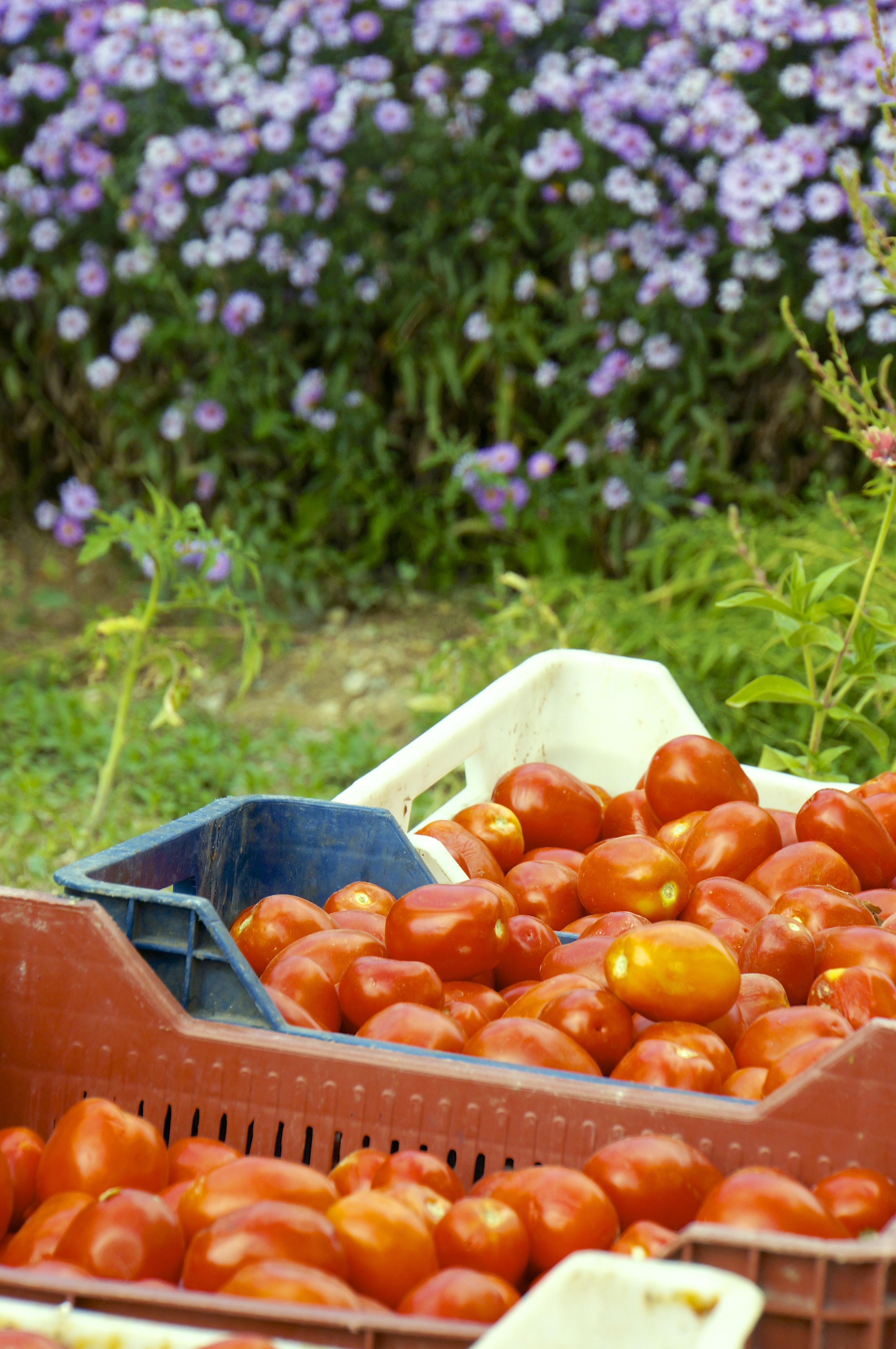 The kitchen was located at the back of the property in cave-like stone building with a huge arched ceiling. It felt like stepping back in time. The walls were lined with perfectly organized spices, there were huge jars of pickles fermenting in the corner, and the floor and sitting cushions were all covered in Turkish rugs. It was a Turkish fairy tale – for cooks! 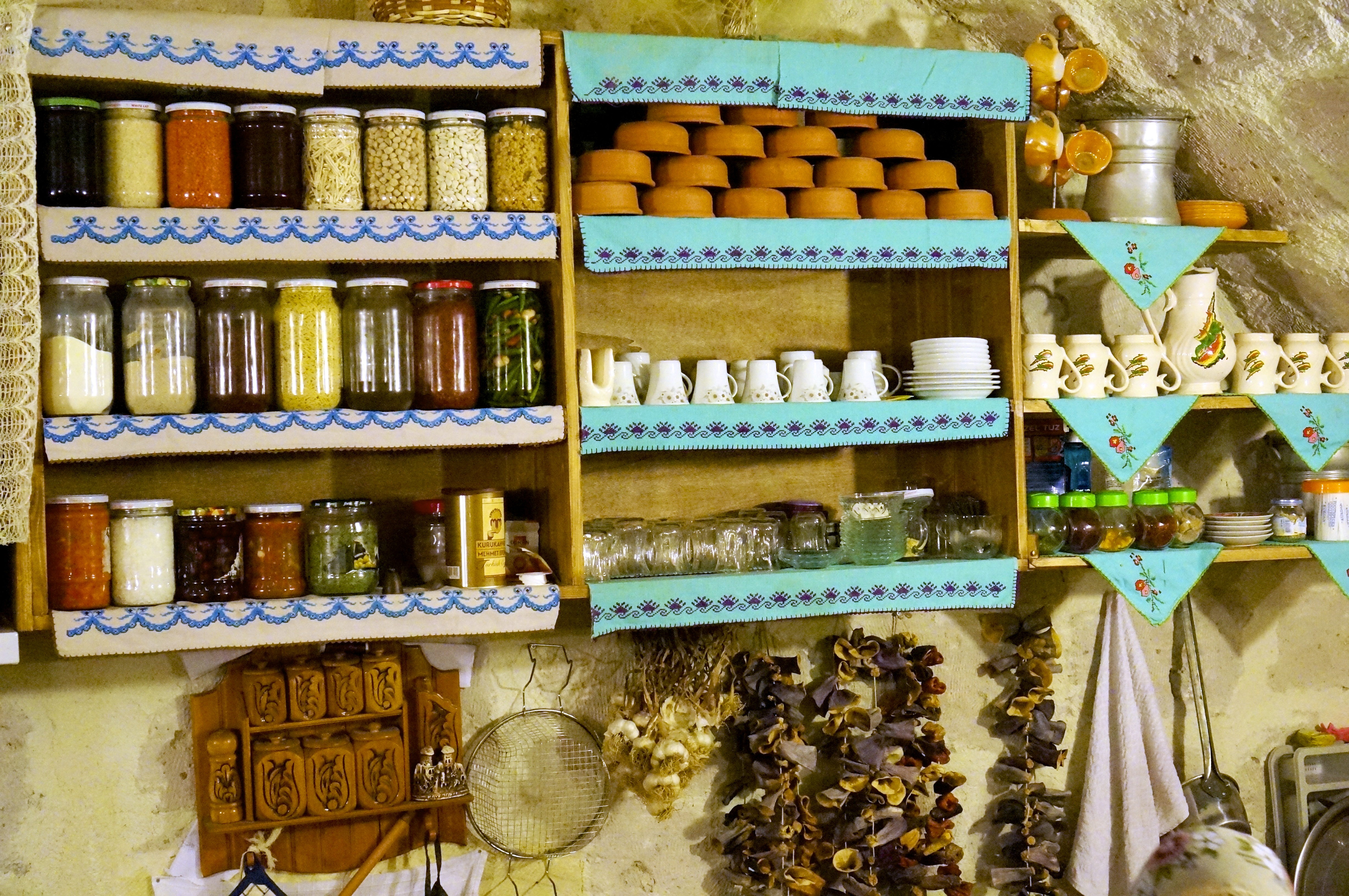 We made a feast over the course of the evening, but for this post I’m sharing the recipe for Anatolian Bulgar Stew. This stew is a traditional dish for farmers in this region of central Turkey and uses ingredients they have available. I found it to be simple and delicious. It stands up on its own, but would also make a lovely base to jazz up with other ingredients. 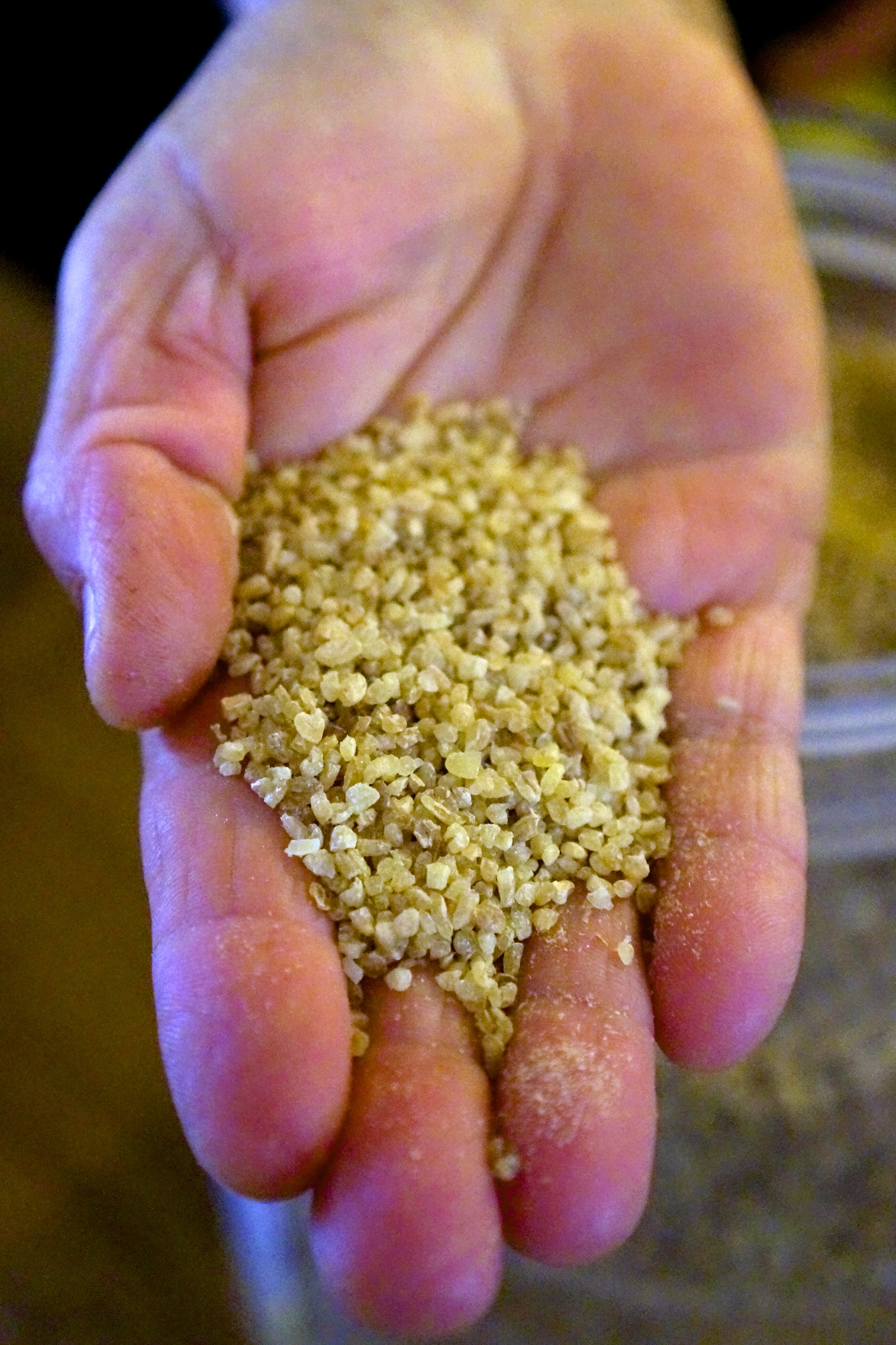 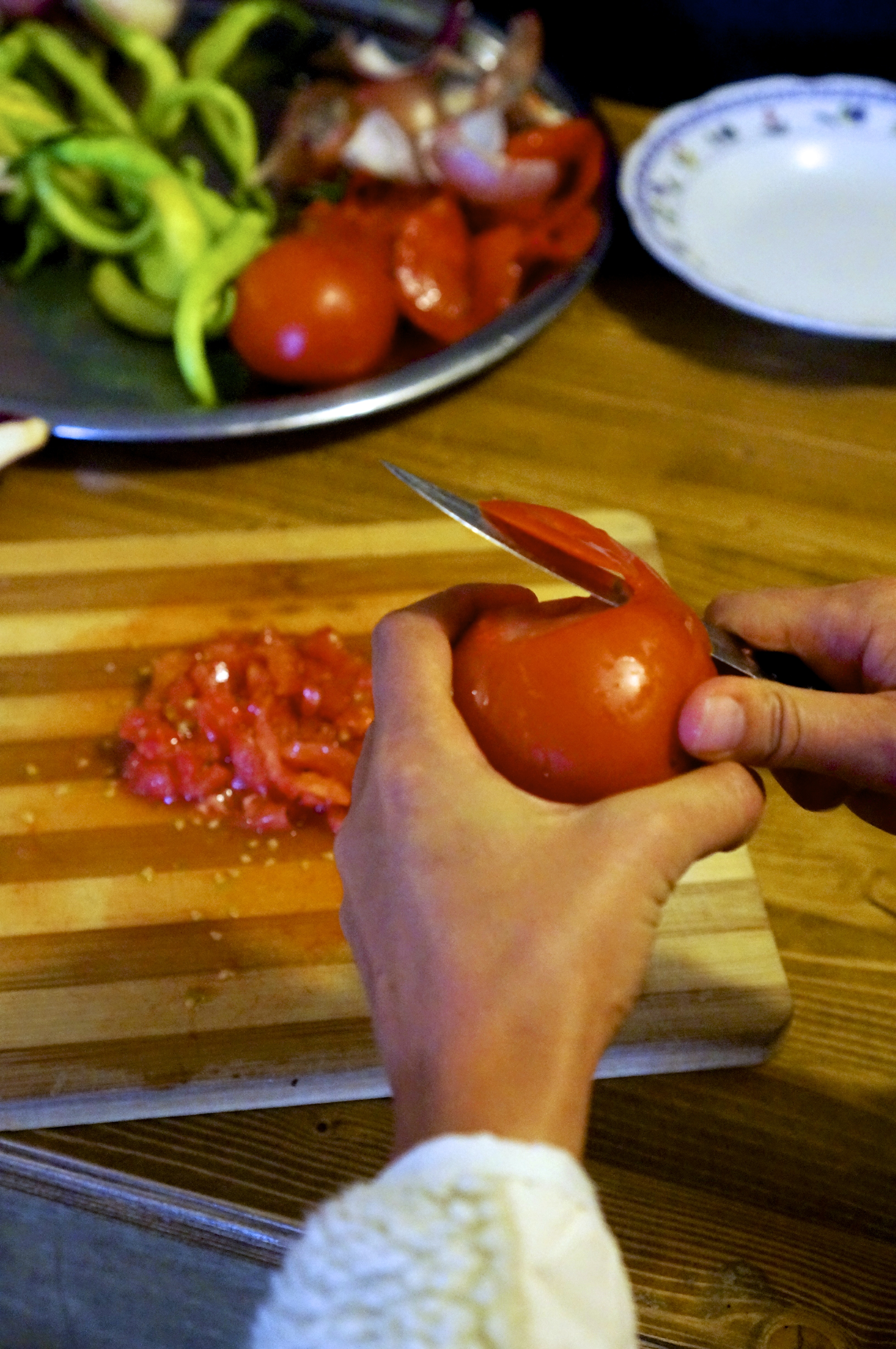 Begin by dicing the tomatoes, peppers, and onions. We peeled the tomatoes in the class, but I’d suggest leaving the skin on when making this at home since tomato skins offer at least half of the lycopene and vitamin C found in tomatoes. 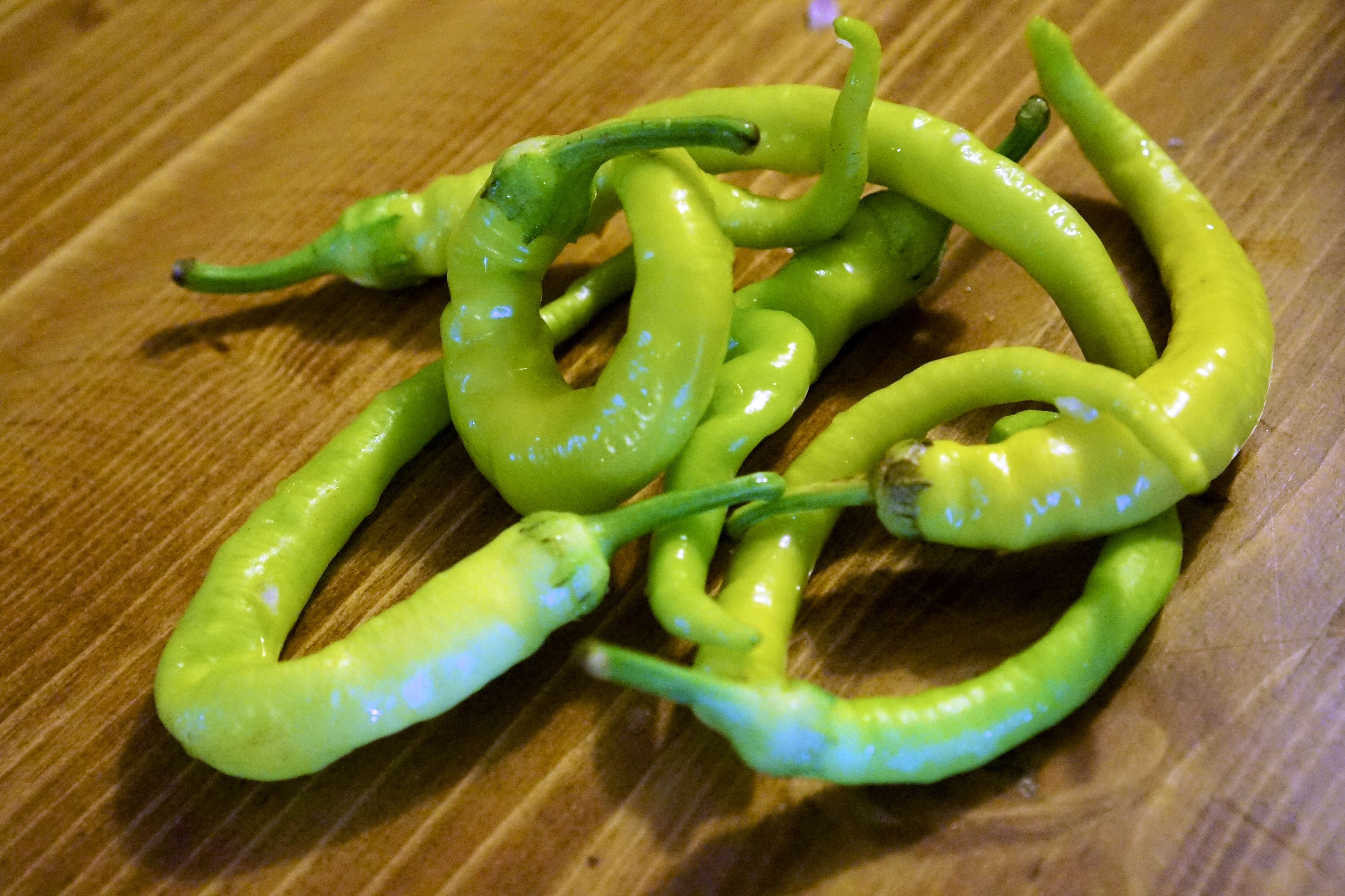 We used semi-spicy green Turkish peppers, which were similar in taste to the pepperoncinis available in the States. This recipe is best with a bit of heat from the peppers, but if you can’t find any, go with basic green bell peppers. 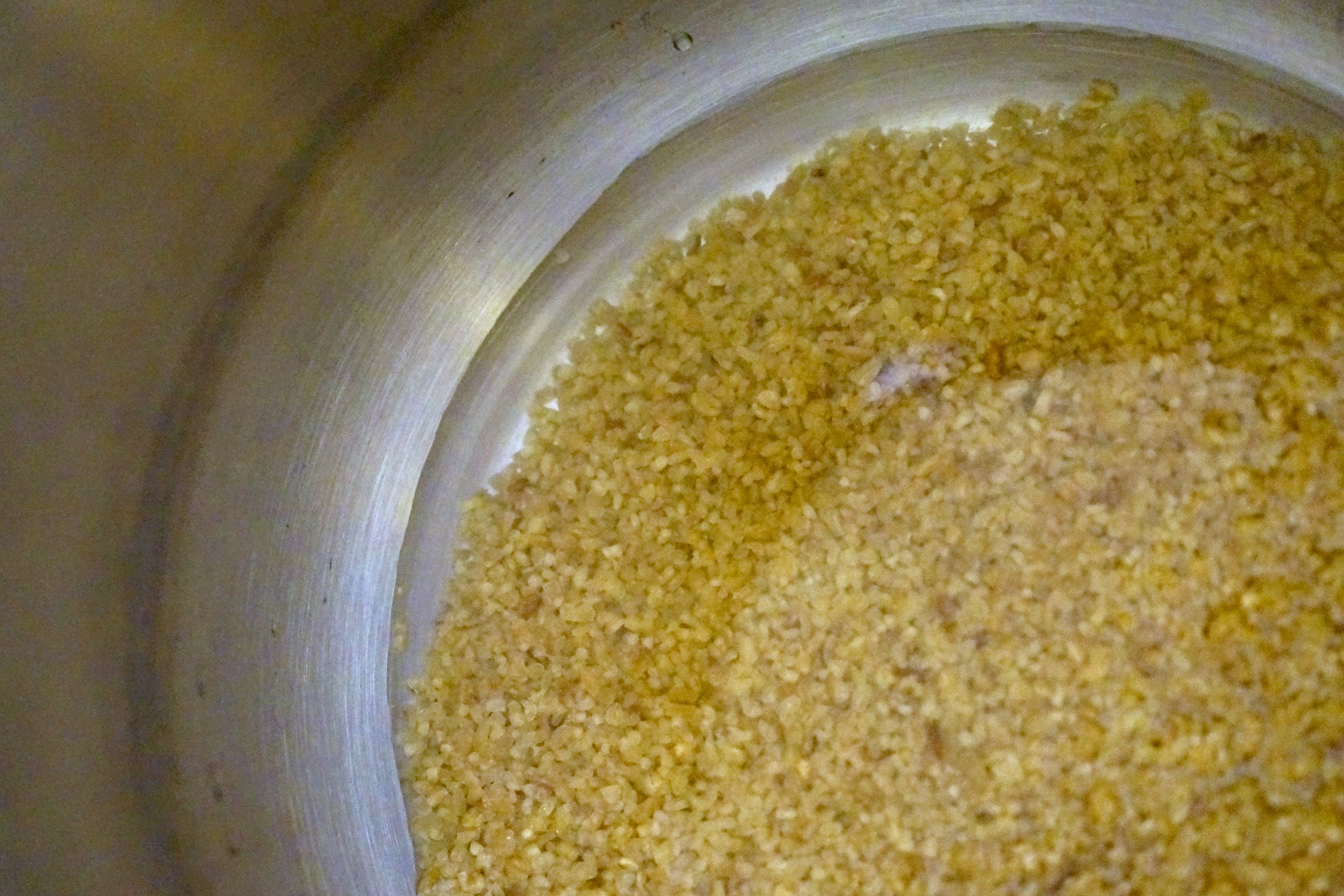 Bulgar is the groat of durum wheat (inner part of the grain) and a terrific whole grain to incorporate into your diet.  Most Americans are familiar with bulgar from tabbouleh – the small beige grains are bulgar. It is delicious in tabbouleh, but also works well as a grain substitute for any recipes that call for rice or quinoa. The important thing to remember about grains is that variety matters. Each variety of whole grain offers a unique set of vitamins, minerals, and phytonutrients. If you’ve fallen into the habit of only cooking with one or two, stock up next time you’re at the grocery store and try to incorporate more variety into your diet. Bulgar is a great place to start! 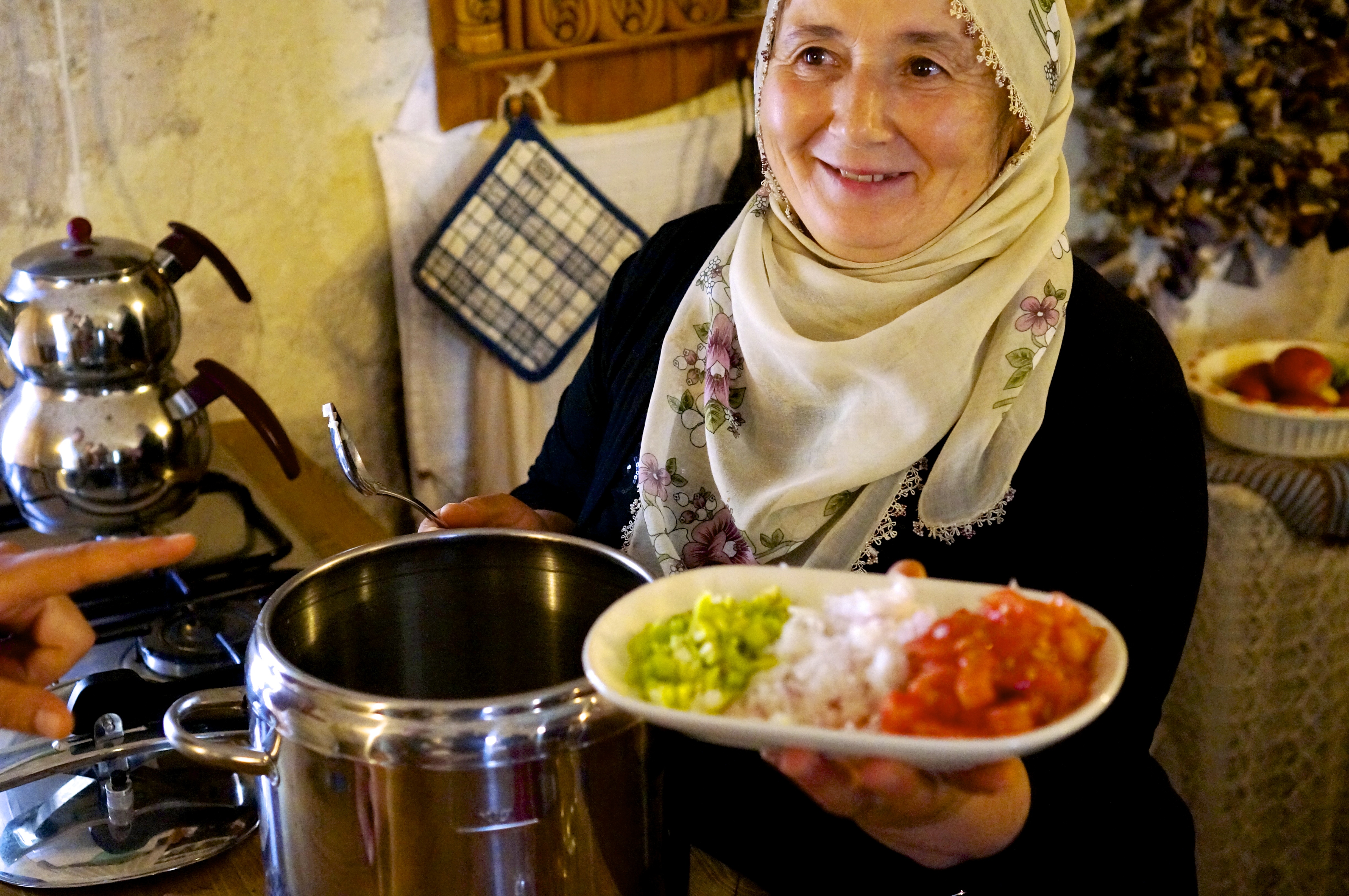 This is Havva, our master chef and teacher. She barely spoke english, but communicated very effectively with her hands and eyes (and had her son, Tolga, translating for her).

Begin the soup by rinsing your bulgar and putting it into a soup pot along with the stock or water. Add the diced vegetables, oil, spices and begin to simmer on medium/low heat. 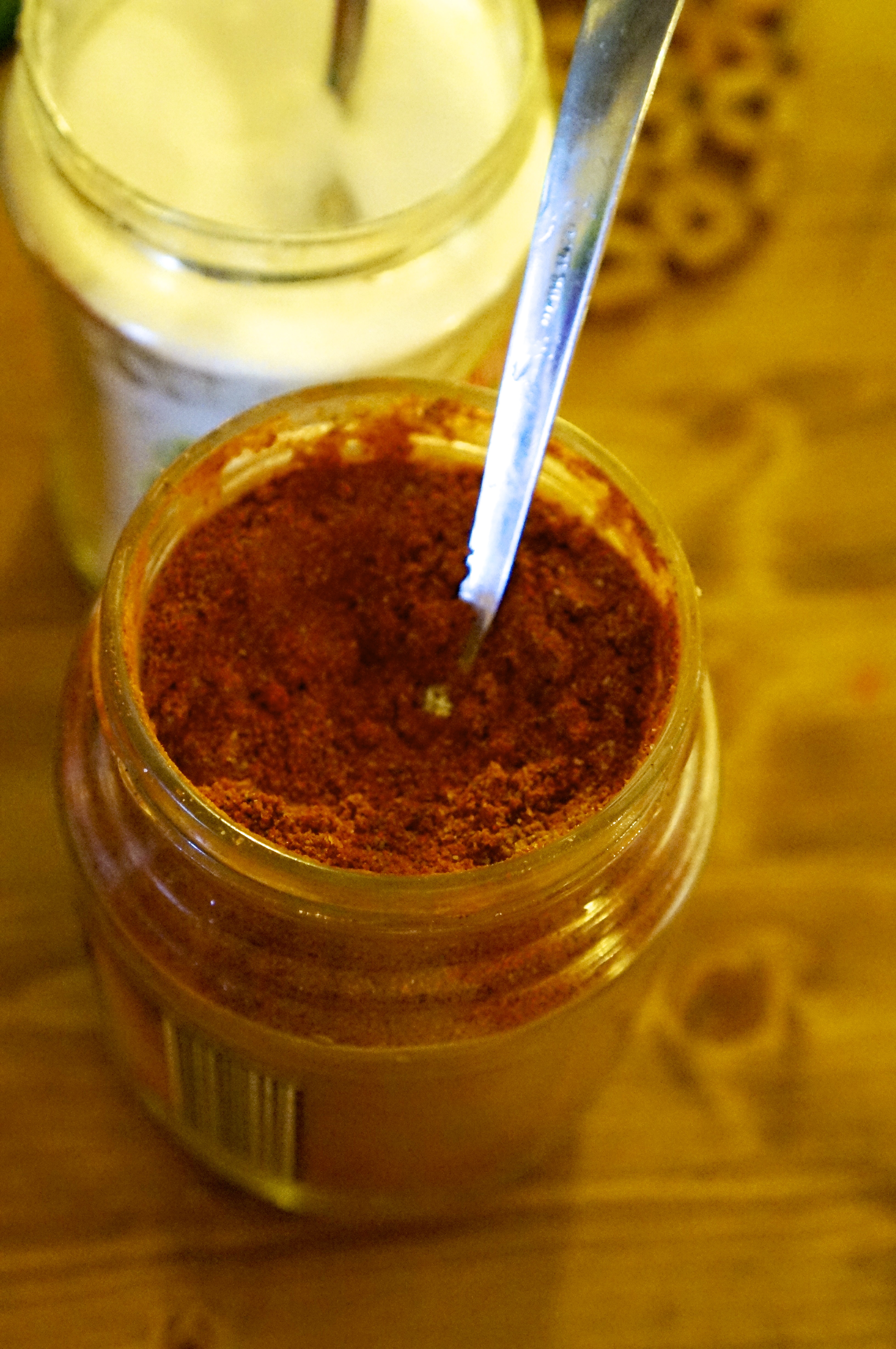 All of the savory dishes we cooked at Cappadocia Home Cooking included “Mixed Spicy,” a special house blend that is popular in Turkey. The blend is made from equal parts ground cumin, ground black pepper, and ground red pepper. It was mixed in a big batch and kept in this jar by the stove. This mix creates a nice round heat that compliments these dishes very well. It is excellent in this soup, as well as everything else we made. I’m definitely going to whip up a batch to keep by my stove and I suggest you do the same! 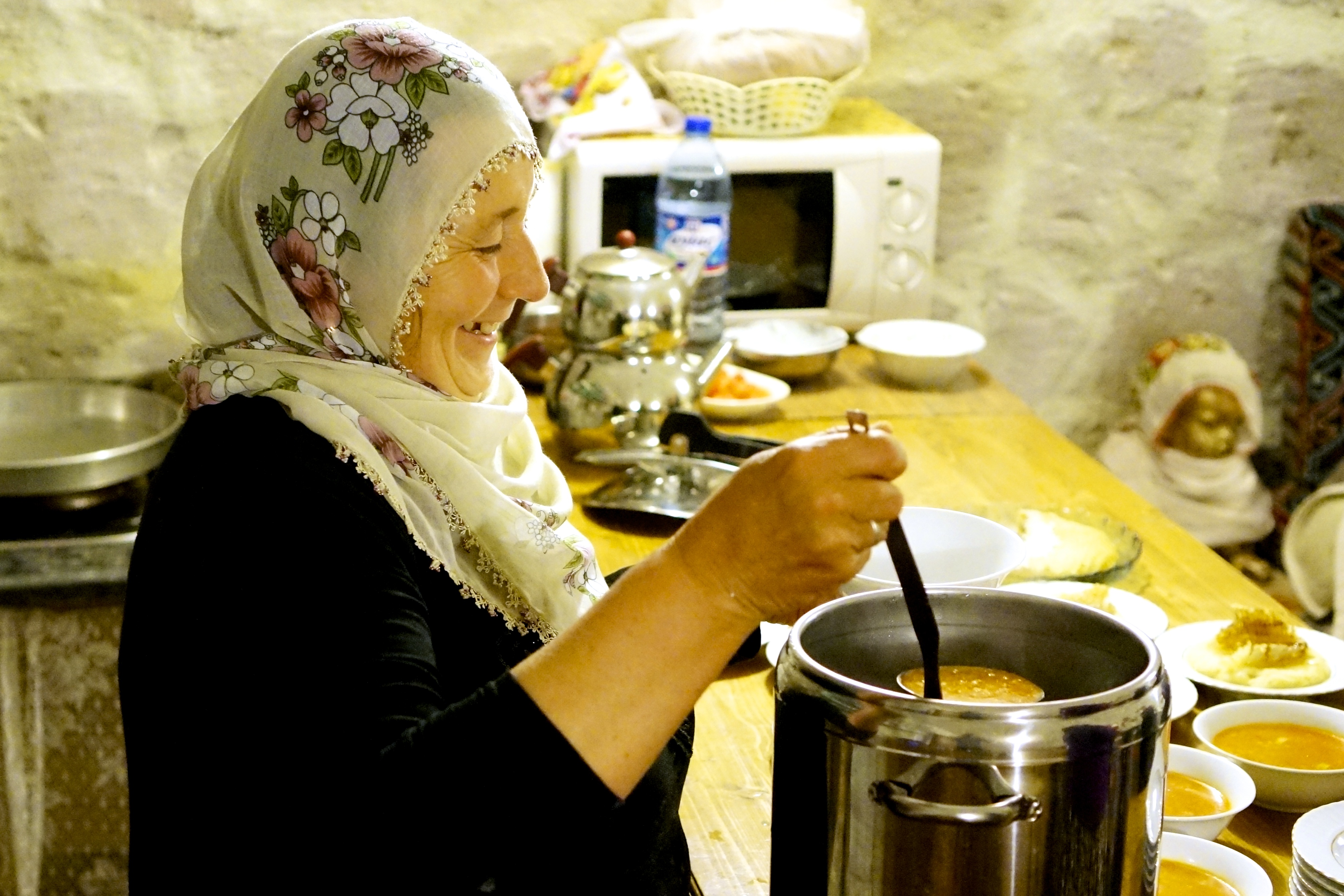 The stew needs to cook for 35 – 45 minutes, or until the bulgar is soft and the flavors have combined. It should turn a nice light red color thanks to the tomatoes cooking down. Ladle it up and serve hot! We enjoyed it as the first course in our Turkish meal, but it could definitely be bulked up and served as the main event. Nearly any diced vegetables, cooked beans, or ground meats could be added to this recipe and I’m sure would be delicious. I’m particularly excited to try it with squash and sweet potatoes this fall. 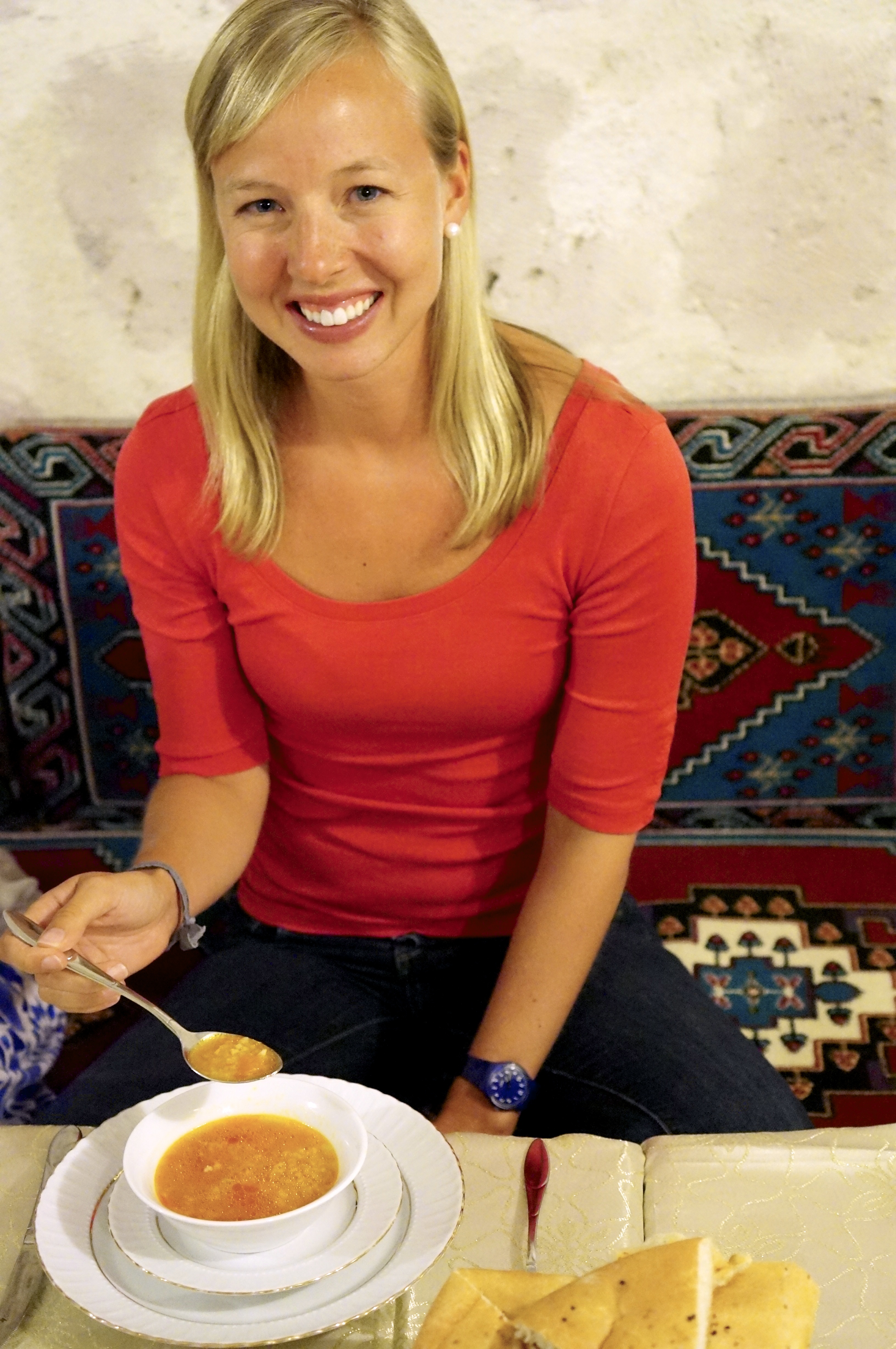 Pair this with a big green salad and some crusty whole wheat bread and you have the perfect meal for these first cool nights. Enjoy!