You are here: Home / Healthy Living / To Soy or Not to Soy? 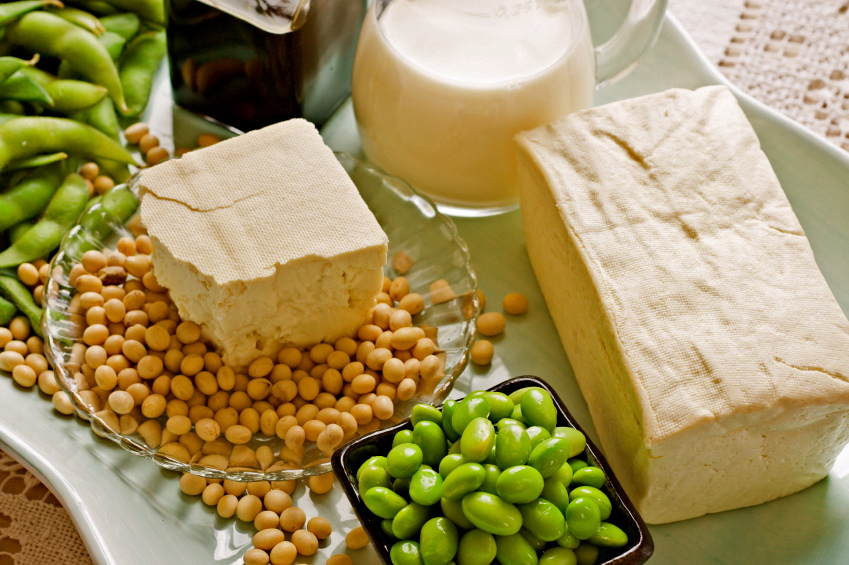 I was recently asked by a friend, “What the deal is with eating soy?”  It’s a complicated question.  In general my philosophy about nutrition is to focus on adding healthy foods to the diet instead of dwelling on what we shouldn’t eat.  That being said, there are times when it makes sense to better understand the nutritional profile of a particular ingredient to make informed dietary decisions.

Soy is one of those foods.  In the fermented form, soy is fantastic for you, but it is important to keep an eye on your overall level of consumption.  There has been a fair amount of research on soy, particularly as it relates to breast cancer.  Most of the research focuses on the compounds found in soy, called isoflavones, which behave like estrogen and bond to the estrogen receptors in the body (especially in the breasts).  High levels of isoflavones have been found to stimulate breast cancer tumor growth in animals, but this same research hasn’t been proven in humans.  Isoflavones have also been shown to disrupt the hormone-regulating endocrine system, which can cause a host of problems throughout the body.

Unfortunately soy has become an invisible staple ingredient in the standard American diet, much the same way corn, corn oil, and corn syrup find their way into our foods.  If you start checking labels you’ll see that soy oil, soy protein etc. are in all sorts of processed foods from crackers to veggie burgers.  The soy industry has spread the message that soy is wildly good for you, when in fact there are real concerns about non-fermented soy consumption in the nutrition community.

Fermented soy can be a really healthful (and tasty!) addition to a whole foods diet, but processed soy consumption should be limited when possible. This recommendation is based on both the cancer risk, and the toxins described below.  Here are the key factors to keep in mind when assessing soy foods.

Non-Fermented Soy – Non-fermented soybeans contain phytochemicals with toxic, anti-nutritive proterties, most notably phytic acid.  Phytic acid causes certain nutrients, such as calcium, magnesium, and iron, to pass through the body without being absorbed.  Many plants contain anti-nutrients as part of their natural defense system, but they are prepared in specific ways to remove these toxins, like cooking potatoes or soaking beans.  Soybeans need to be soaked and fermented to eliminate these toxins.

Fermented Soy – The fermentation process removes the toxins from soy, as well as actually creating probiotics, vitamins, and nutrients.  Probiotics are the good bacteria that the body depends on to maintain a healthy digestive system, immune system, and to properly absorb and assimilate nutrients.  Examples of fermented soy are tofu, tempeh, miso, and soy sauce.

Definitely make a place in your diet for fermented soy, but try to limit processed and non-fermented soy when possible.  No need to go crazy over this, but check out ingredient labels and  keep the old adage about moderation in mind.

Edamame — although there are many vitamins and minerals in fresh soybeans, they still contain anti-nutrients because they aren’t fermented.  This doesn’t mean you can’t ever order edamame when you’re out for sushi, but it’s best to skip stocking-up for snacking at home.  Try roasted chickpeas instead — they are great tossed in a salad, or eaten like popcorn.

Soy Milk – this is another non-fermented soy product, so it has the same issues discussed above.  Try coconut, almond, or rice milk instead for a healthier non-dairy alternative.

Finally, it is important to buy your soy products from certified organic producers when possible because soy is one of the most heavily genetically modified crops in the US.  The best way to avoid GMO soy is to stick with organic, since food can’t be labeled as certified organic if it contains GMOs.  Check out my Beetroot on Eating Organic if you’re looking for more information about what organic labeling really means.