You are here: Home / Gluten-Free / French Lentils with Chanterelles 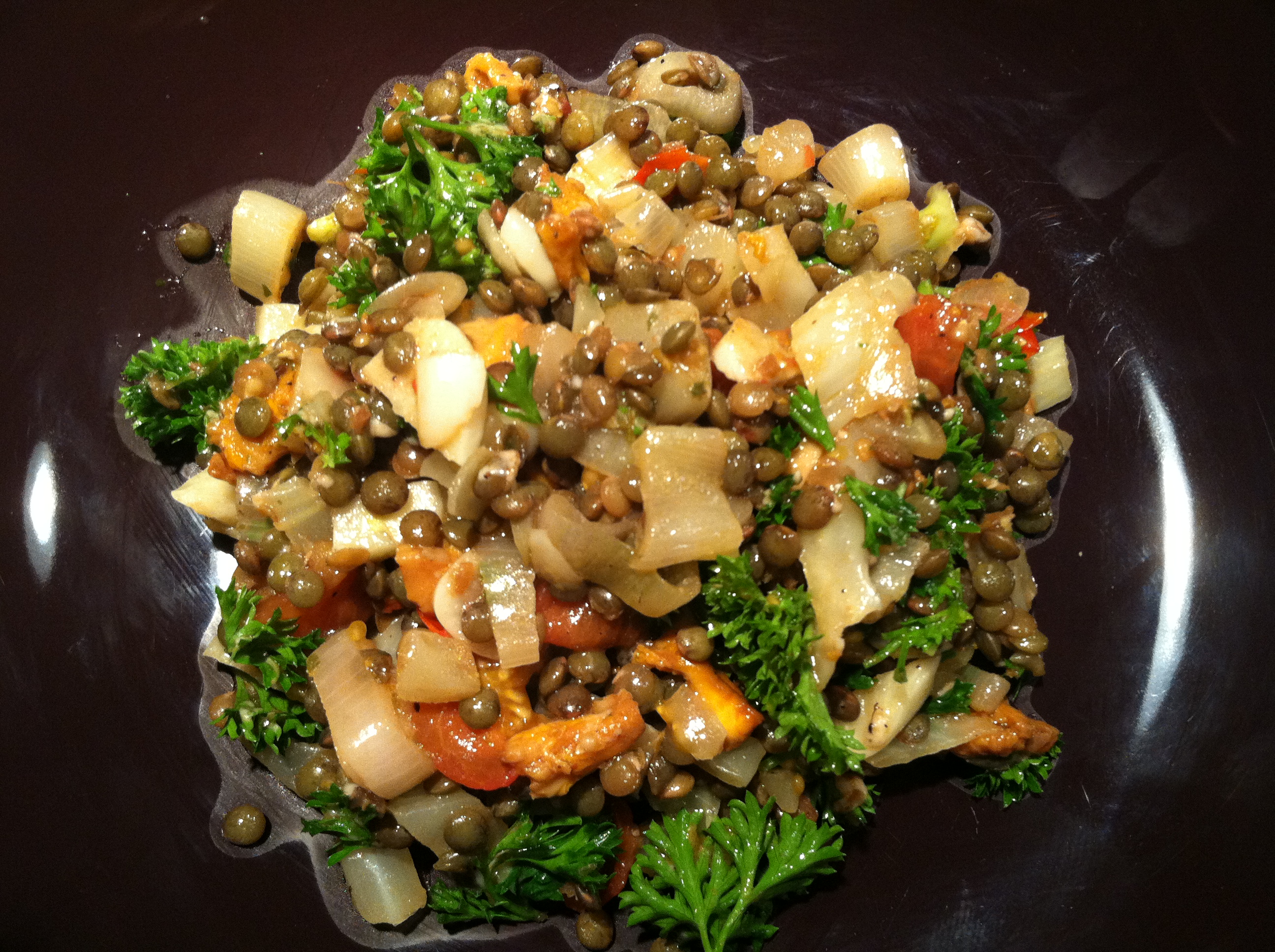 We moved into our Paris apartment on Tuesday and celebrated by cooking our first french meal.  We spent a lovely afternoon walking through the markets on Rue Mouffetard and stocked our kitchen.  This meal really felt like “One Beet goes to Paris” — lots of french ingredients, but definitely my cooking style and focus on healthy, delicious, simple food. 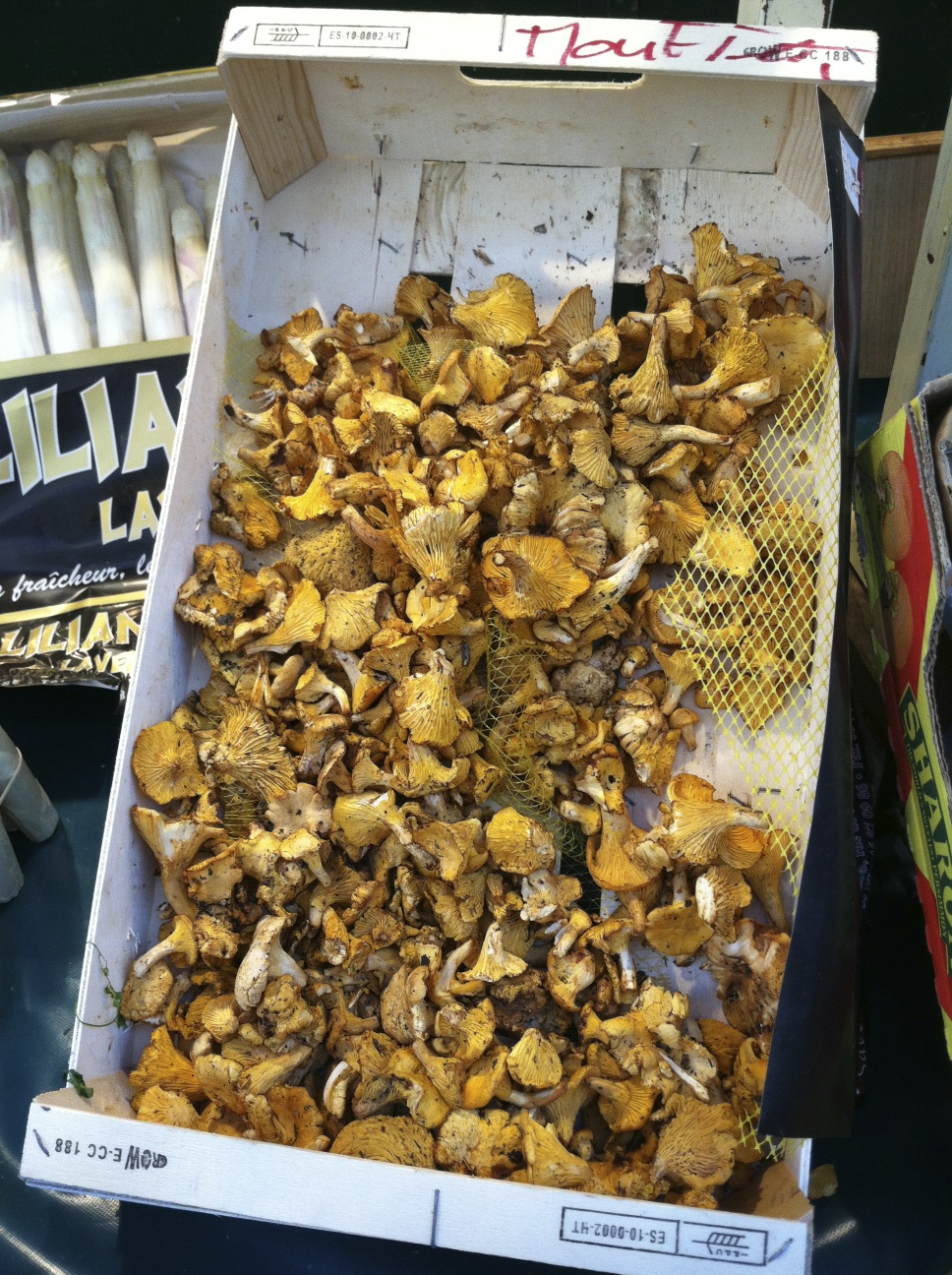 We found these chanterelles at the market and I decided to build the meal around them. Chanterelles are native to France (as well as other areas of Europe and North America) and first gained widespread recognition as a culinary delicacy among French royalty in the 1700s.  These chanterelles were clearly foraged locally because they still had quite a bit of dirt on their stems and maintained a nice firm texture.  It is such a treat to have wild spring foods appearing in markets – be sure to keep an eye out for them and incorporate them into your cooking (remember the Fiddlehead Salad if you find local fiddleheads).

Mushrooms were never my favorite growing up, but I’m come to really appreciate their taste and many health benefits.  Nearly all varieties of mushrooms contain vitamins A, D, and B-complex, as well as all the essential amino acids and glutamic acid, which boosts the immune system.  They also contain potassium, copper, manganese, magnesium, calcium, zinc, and selenium.  I don’t believe chanterelles are more nutritious than other varieties of mushrooms, but they certainly taste good! 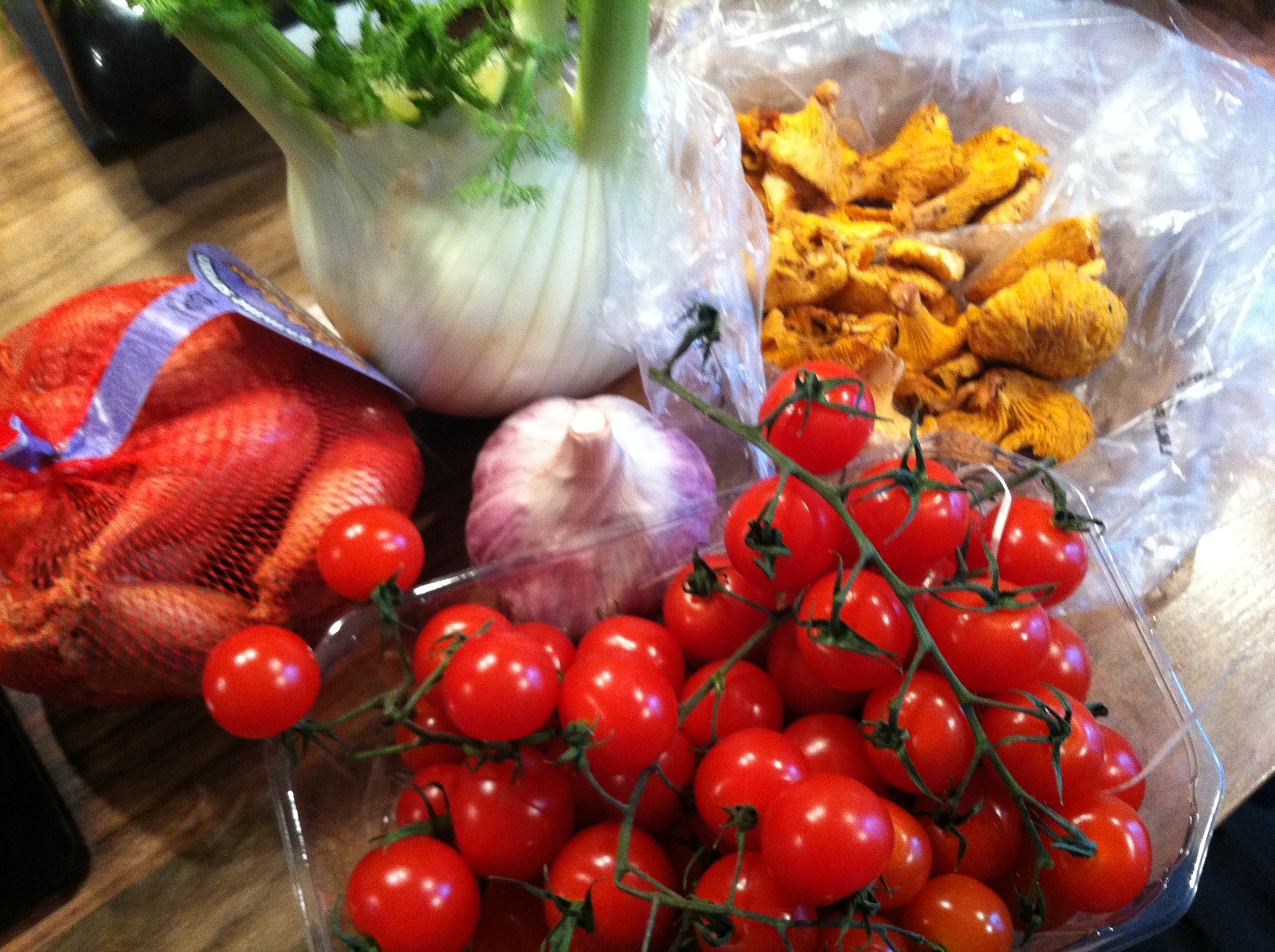 I started by lightly sauteing three large cloves of garlic cut into slivers and seven shallots sliced into rounds in olive oil.  After about 4 minutes I added diced fennel (I used 1/2 the bulb) and after about another 4 minutes I added the chopped chanterelles. 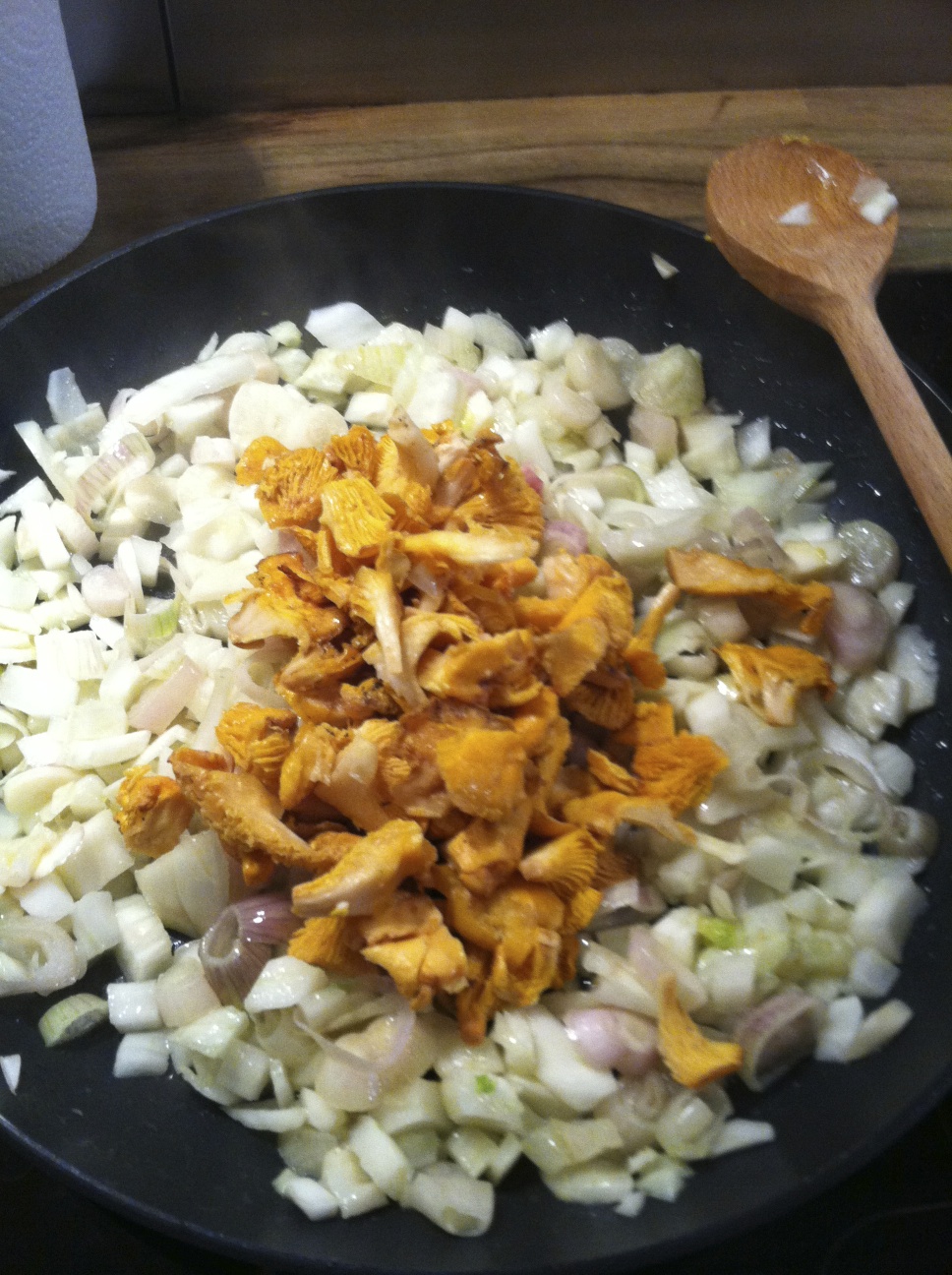 While the veggies were sauteing I cooked french lentils with herbs.  I didn’t have any stock or broth to cook in with the lentils because I’m not in my usual kitchen, so I improvised with herbs.  I added dried rosemary, dried oregano, salt, and the stems from my fresh parsley to the cooking water.  The herbs did a wonderful job infusing the lentils with flavor while they cooked. This is a technique I will definitely use again when I don’t have stock on hand.  I think any aromatic culinary herbs would work well for this, so feel free to experiment based on what you have available.

I have described the many nutritional virtues of lentils before (for example, in my Lentils with Spicy Brassicas and Curried Red Lentils recipes).  They really are fantastic – incredibly healthy, versatile, and delicious.  One of my favorite varieties is the small, black/green french lentils.  I found a beautiful bag of bio (French term for organic) lentils at the market to use for our dinner.  French lentils hold their shape well when cooked, so they work best for dishes like this one, as opposed to soup etc. where you want the lentils to break down.  I used about a cup for this recipe, which made enough for dinner for two and lunch the next day. 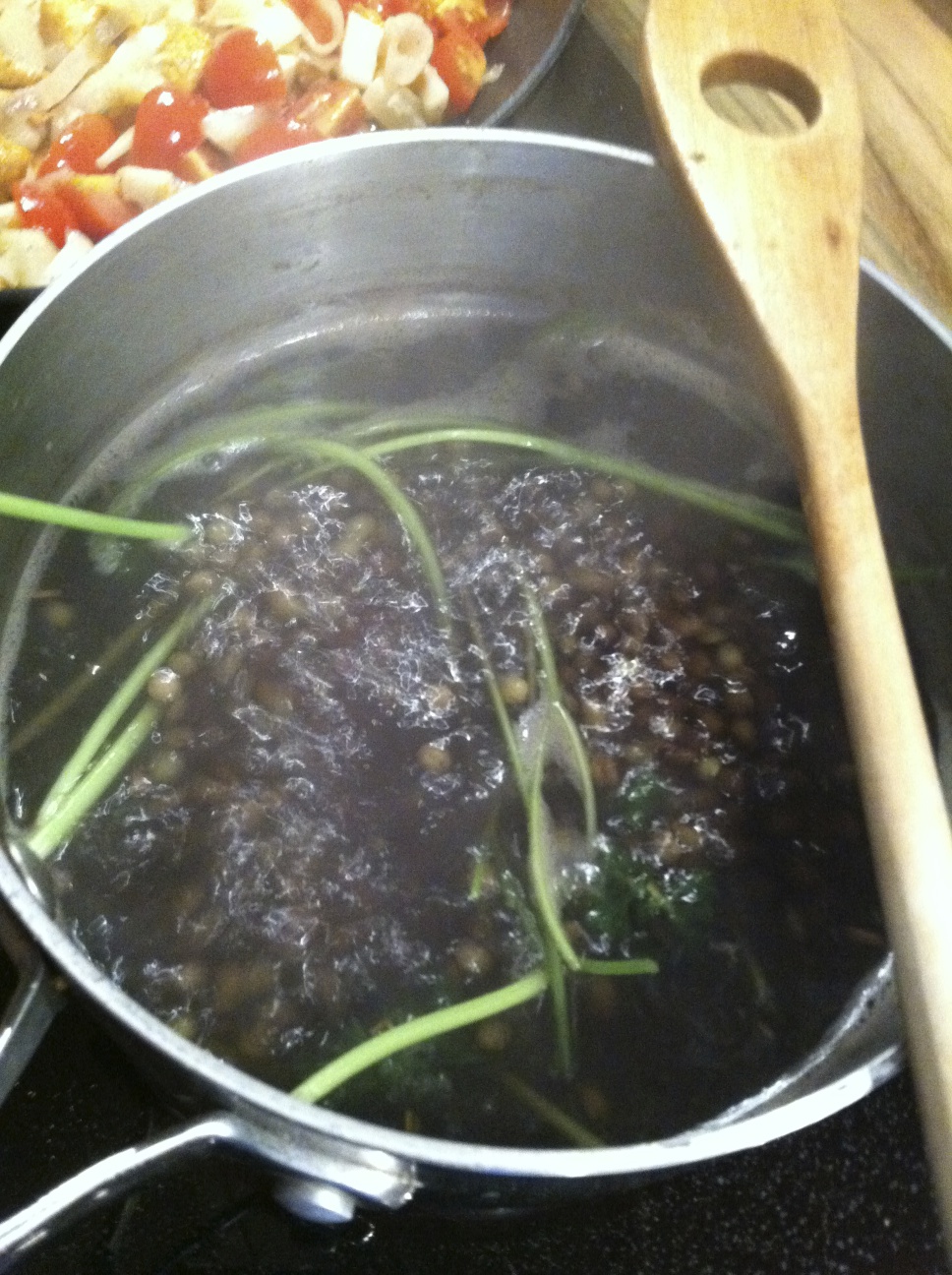 I added diced cherry tomatoes to the cooking veggies when they were nearly finished and turned off the burner.  As a quick aside, between the Euro conversion, weighing in kilos and unclear pricing, those tomatoes ended up costing 13 Euros. They were delicious, but we’ll need to do better next time. After the tomatoes, I sprinkled fresh grated comte cheese from the market (but any hard cheese like parmesan or romano would work well) and let it melt over the hot veggies. 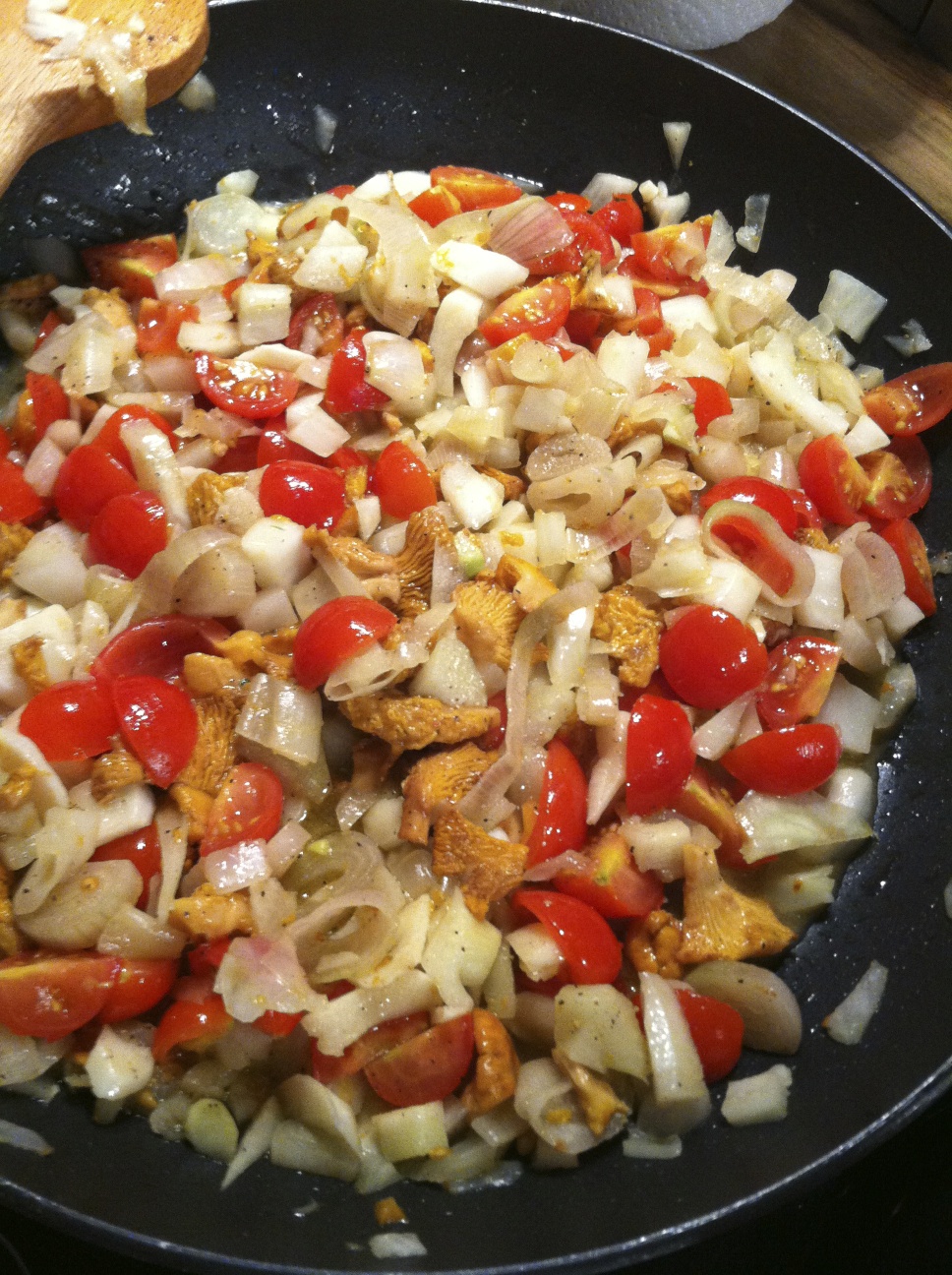 When the lentils were finished I mixed them with the veggies, and added chopped fresh parsley, salt, pepper, olive oil, and a splash of balsamic vinegar.  Everything came together really well and had a fresh, clean taste.  I was a bit skeptical when I first started cooking this dish since this was my first time in a new kitchen without many of my basics, but I was very pleased with the final result!

Here’s a photo of our tiny Paris kitchen.  Hopefully we’ll have more tasty meals like this one coming from this kitchen over the next few weeks! 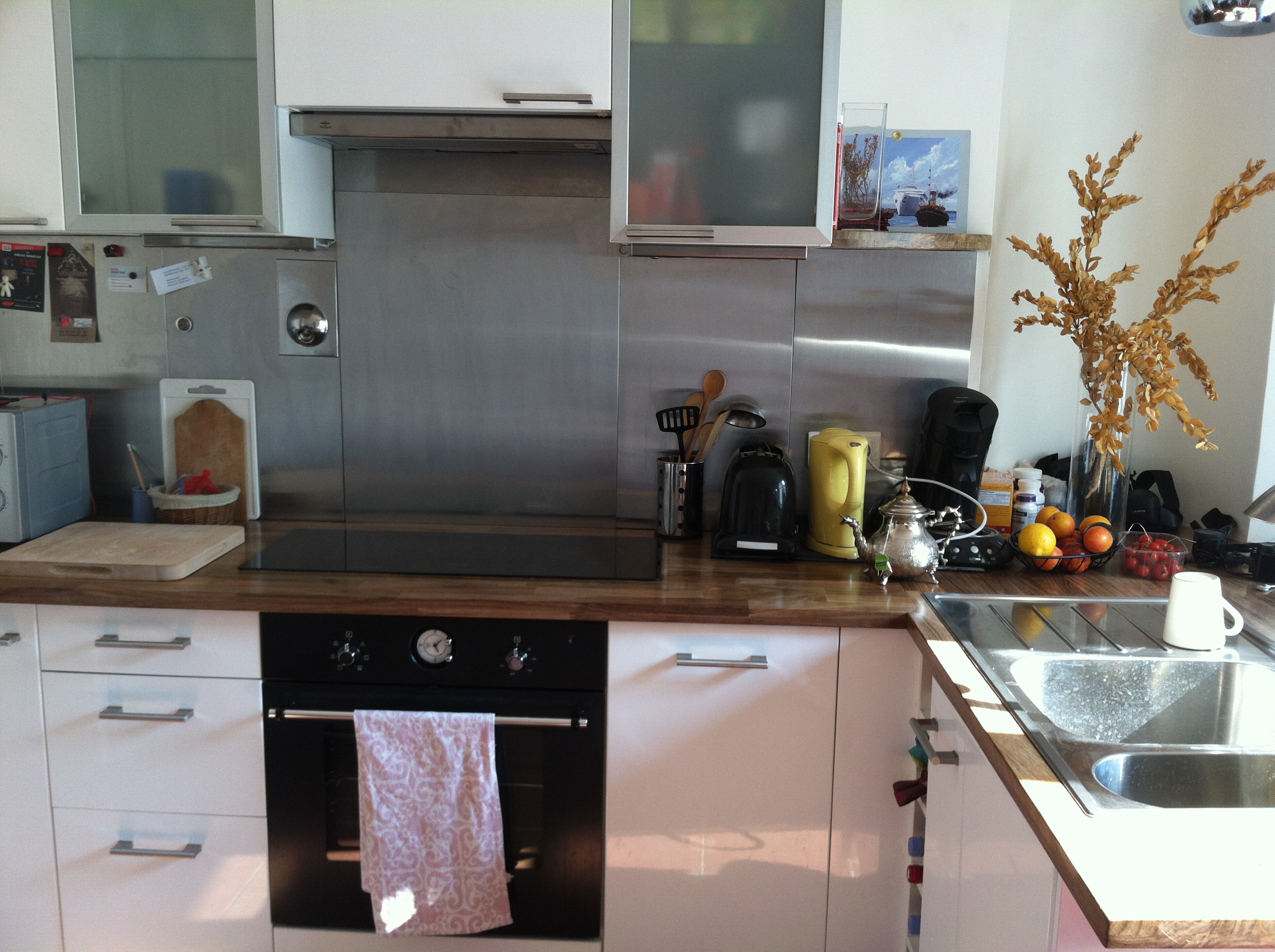