You are here: Home / Gluten-Free / Sauteed Eggplant and Quinoa 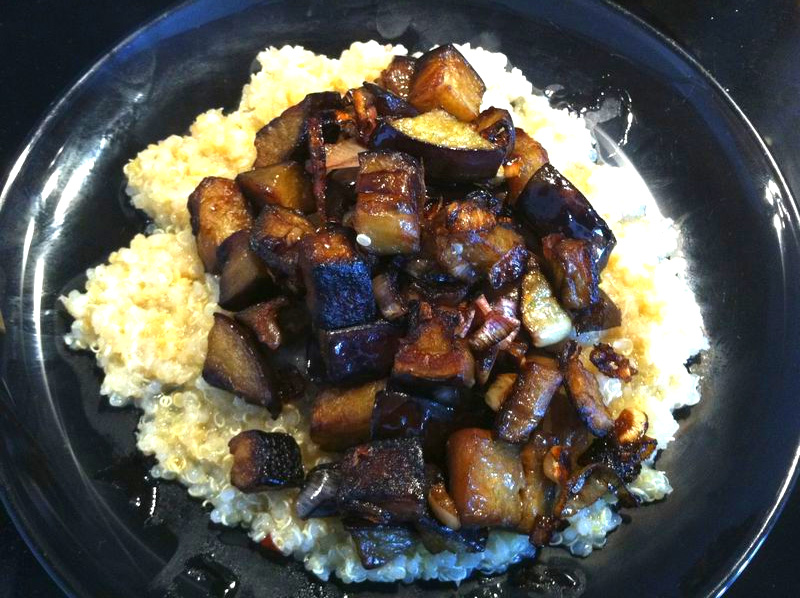 We’re traveling through Southern Spain at the moment and the cuisine is a fascinating mix of traditional Spanish, North African, and Middle Eastern.  I’ve been seeing lots of eggplants appearing on menus and I couldn’t be happier.

This eggplant dish was really quite simple, very tasty, and made the whole apartment smell good.  I started by putting on a pot of quinoa to cook in stock.  I had some bullion cubes left over from making French Onion Soup, so I used those for my stock.  At home I would use a traditional bone broth or soup stock.

While the quinoa was cooking I cubed an eggplant and sauteed it on medium/low heat with four sliced shallots, four cloves of chopped garlic, and a generous pour of olive oil (approximately two tablespoons).  I kept stirring regularly so pieces had time to brown, but not burn.  Keep mixing and add more oil if needed. 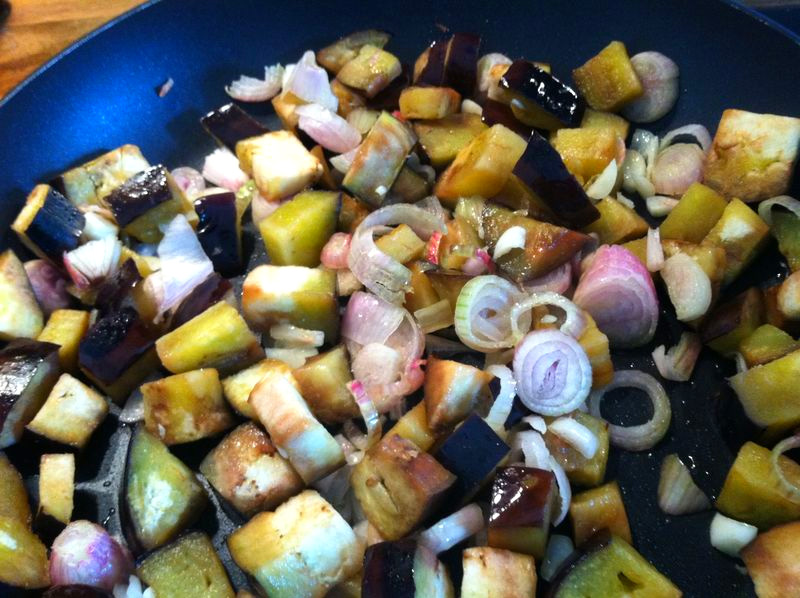 After the eggplant had cooked for about 10 minutes I added approximately two tablespoons of balsamic vinegar and a sprinkle of sea salt.  The balsamic infuses the eggplant with a sweet/sour taste and enhances the deep purple hue of the dish.  Continue cooking for another 10 – 15 minutes. 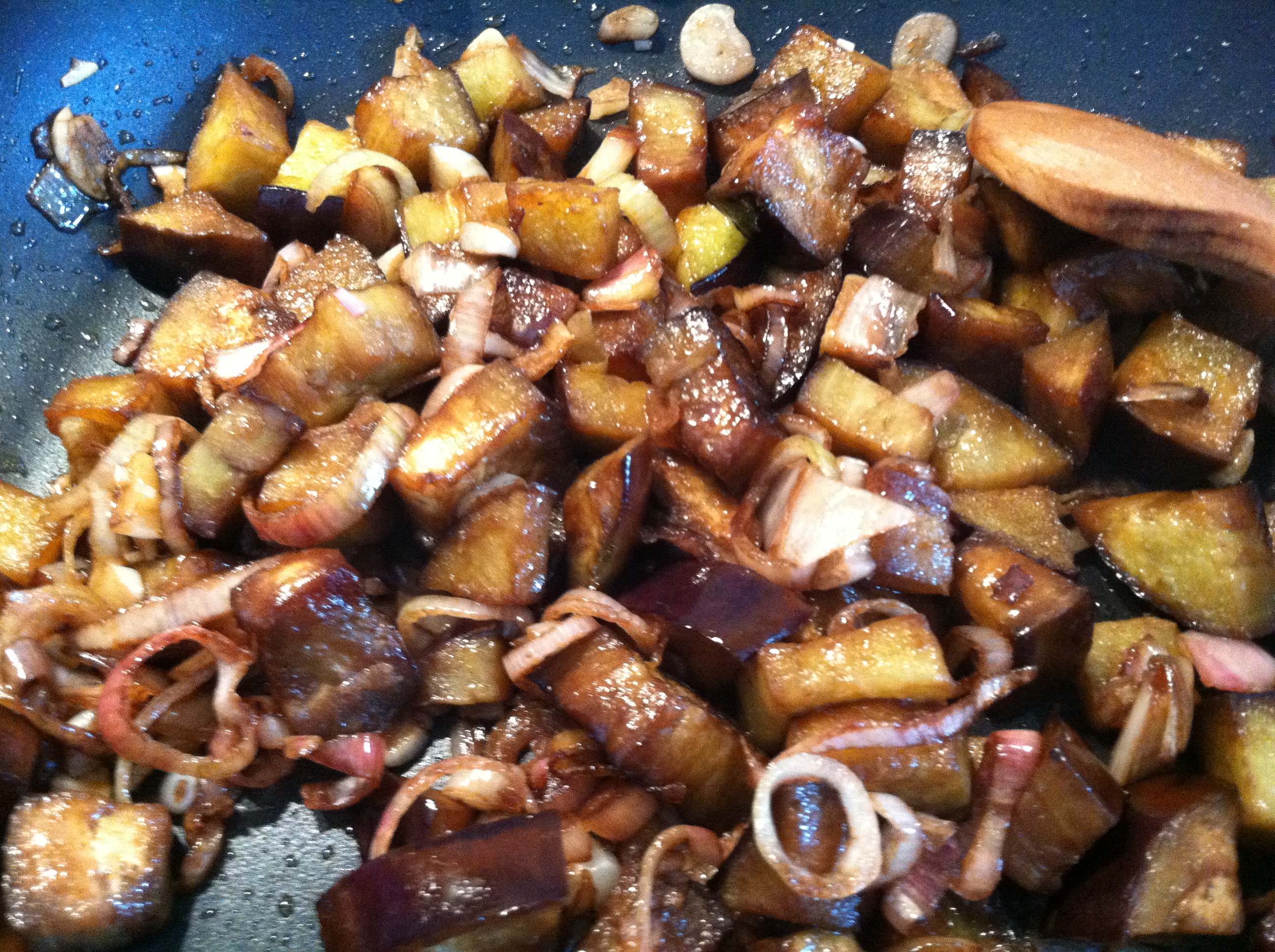 When the eggplant is finished serve it over a bed of quinoa and enjoy! It tastes great and feels quite rich given that it is totally dairy free. 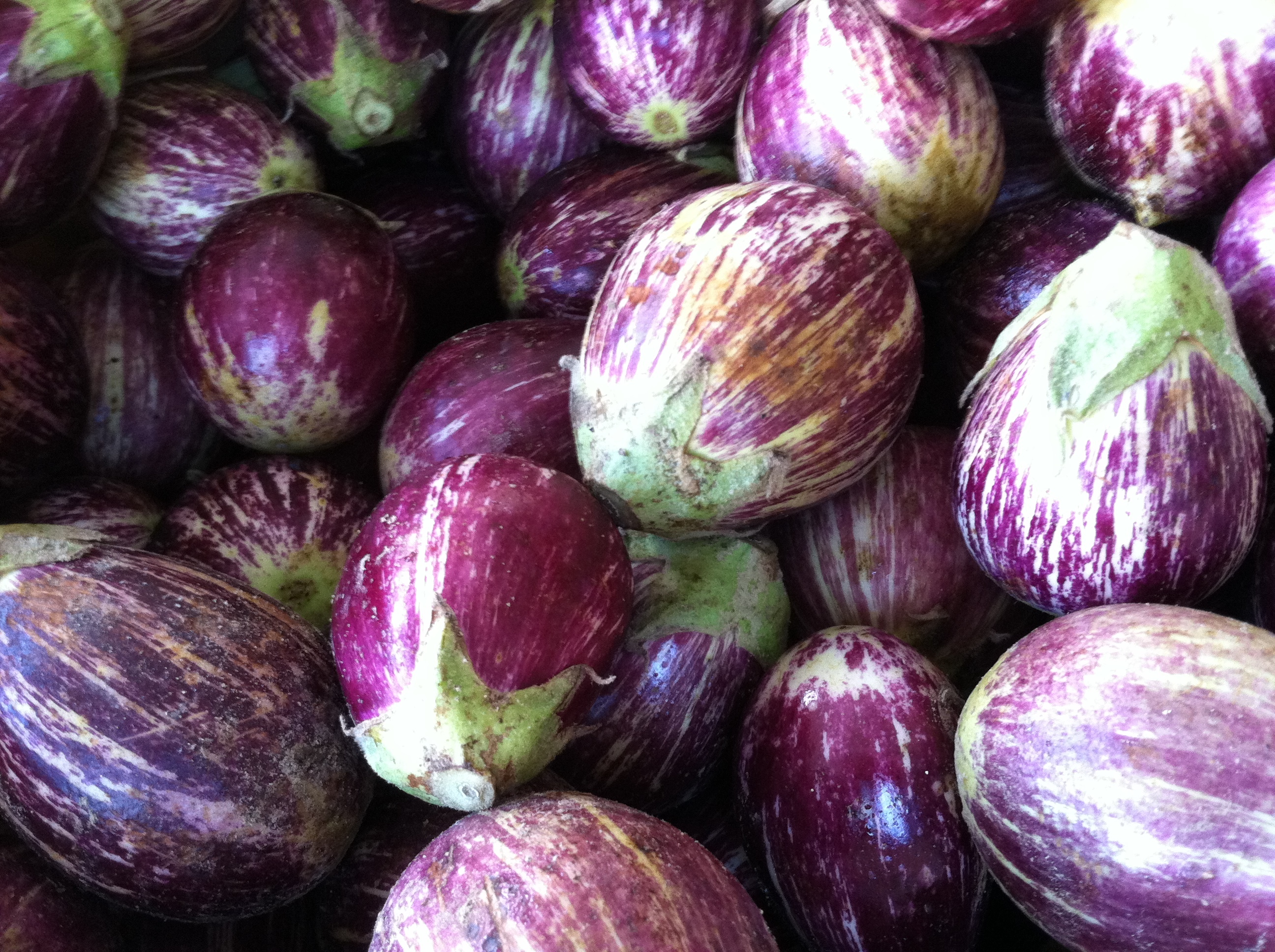 There is some controversy in the nutrition community about the health benefits of eggplants because they are part of the nightshade (Solanaceae) family, along with bell peppers, tomatoes, and potatoes.  Some elimination diets or intense healing regimens suggest omitting the nightshade family because of their naturally occurring oxalates.  When oxalates become too concentrated in the body they can interfere with calcium absorption and exacerbate kidney stones, gallstones, or rheumatoid arthritis.

My understanding of the relevant research (and personal approach to food in general) is to enjoy everything in moderation. I’d estimate that I eat eggplants about twice a month in the summer and less than once a month in the winter.  However, if I was battling health issues that oxalates impacted, I would limit nightshade vegetables and other high oxalate foods in my diet.  If you’re healthy and eggplants seem to agree with you than enjoy them and focus on all the positive nutrients they bring into your diet.