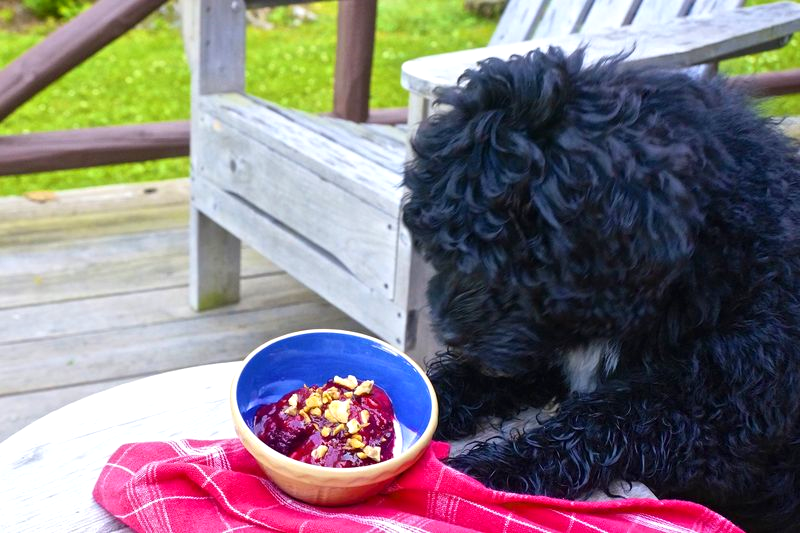 It has been an exciting few weeks in the One Beet household thanks to the arrival of our sweet new puppy, Plum!  We’ve been thinking about adding a dog to our family for a while and the stars aligned in our favor and we brought Plum home on July 13th.  Plum is a little black Portuguese Water Dog and we’re completely smitten already.

I made these cinnamon stewed plums to celebrate her arrival, and man were they good!  We enjoyed them spooned over tangy Greek yogurt for dessert, but they would be equally good on oatmeal or vanilla ice cream.  You could also easily make a big batch and preserve them in glass jars or freeze them for later use (similar to my favorite Italian Prune Plum Jam).  Plum was pretty interested in them too!

Directions:
Wash plums and dice into bite-sized pieces.  Combine in a thick-bottomed pan (like cast iron) with maple syrup, cinnamon, and salt.  Cook on medium/low heat while stirring regularly for 20 – 30 minutes.

You’ll know the plums are done when they have started to break down and form a thick syrup surrounding the chunks of plum.

While the plums are cooking toast your chopped walnuts in a dry pan on medium/high.  Stir regularly and watch closely so they don’t burn.  They should take about 7 minutes to brown nicely.

Top the Greek yogurt with a generous serving of plums and a sprinkle of hot toasted walnuts. 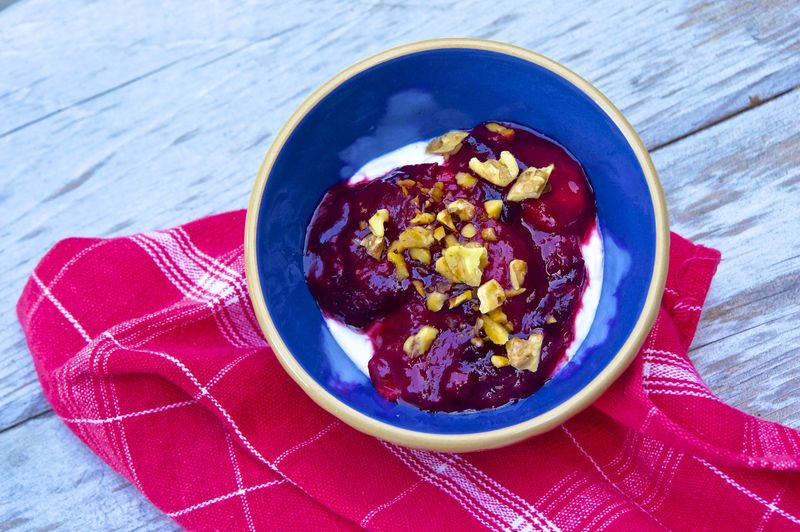 And because I’m rapidly turning into a crazy dog lady, here are a few more photos of Miss Plum. Enjoy! 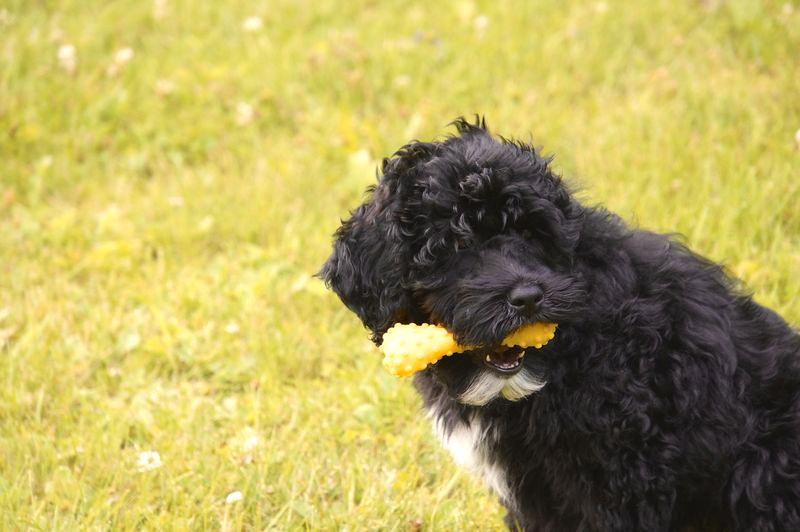 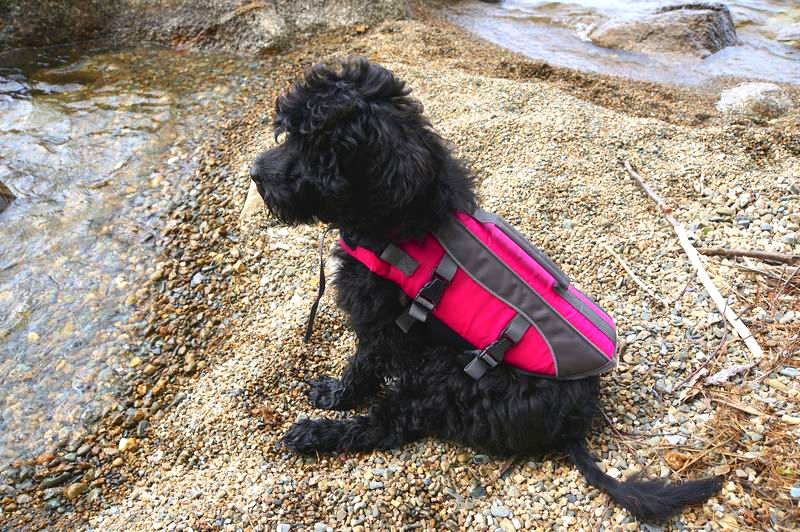 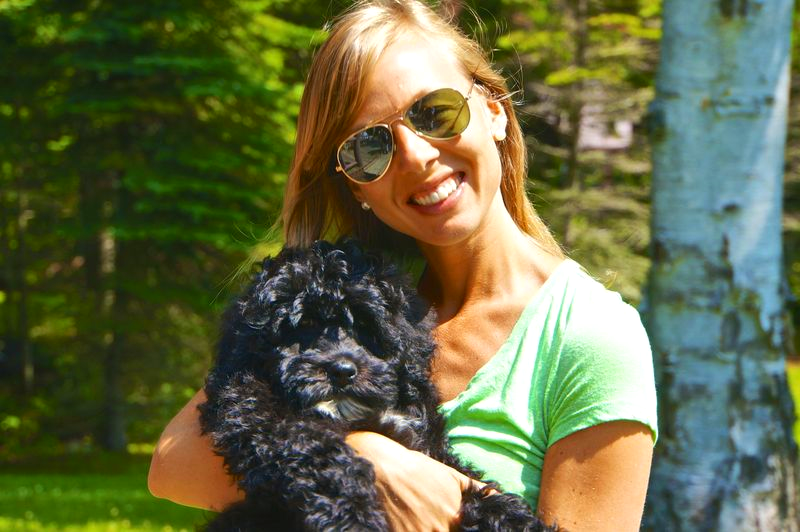 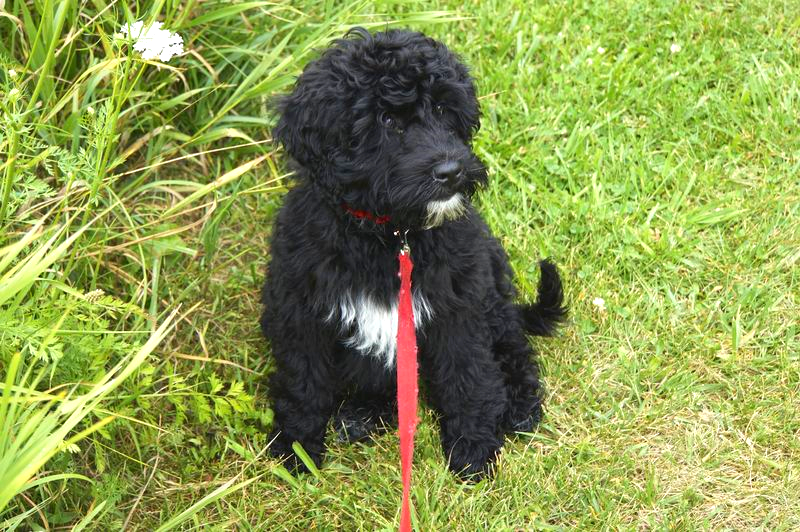 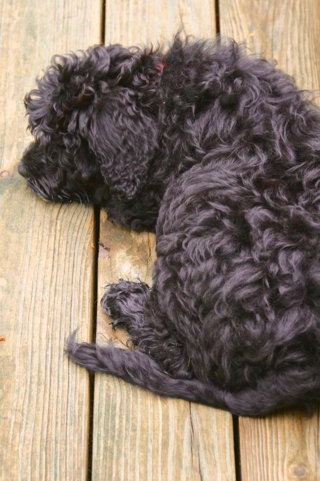 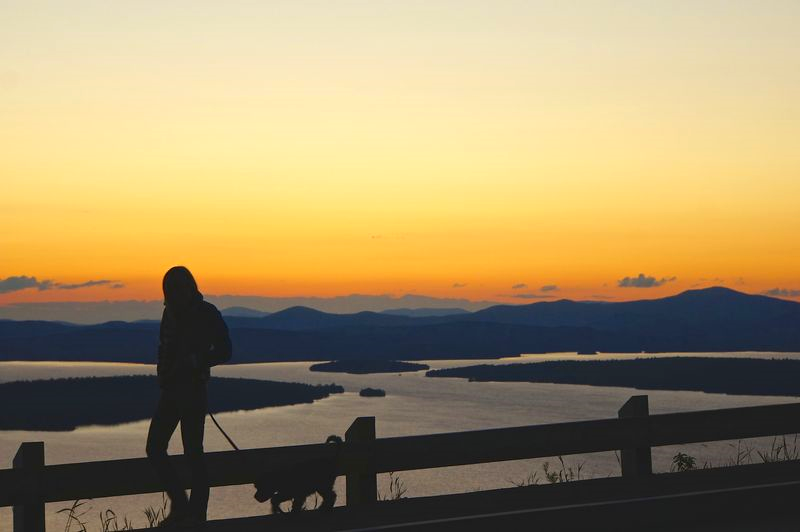