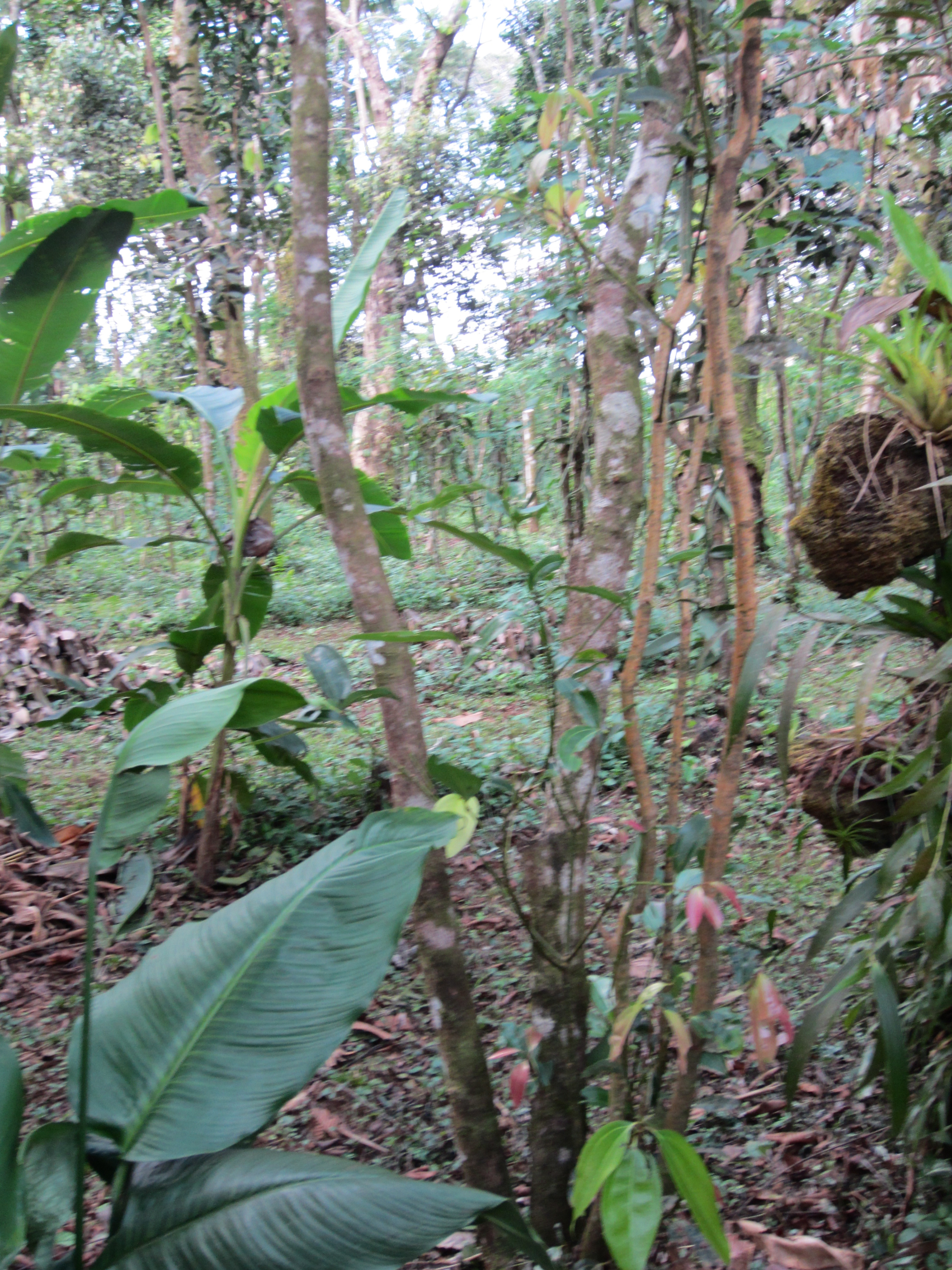 I recently returned from an amazing trip to Costa Rica (hence the lack of blogging the past few weeks).  My mom and I went on a mother/daughter adventure to celebrate her 60th birthday.  We had a wonderful time exploring a new part of the world, testing our bravery on tiny dirt roads and zip lines, seeing incredible wildlife, and relaxing on stunningly beautiful beaches.

One of the highlights of the trip was our visit to Villa Vanilla, a local organic spice farm outside Quepos.  This farm has an amazing spirit.  It is a small operation committed to high-quality products.  We toured their beautiful fields, tasted delicious desserts made with their spices, and saw their drying and storing facilities.  The entire thing was incredible!

One of the spices they specialize in is ceylon cinnamon, otherwise known as “real cinnamon.” Ceylon cinnamon is a cousin of cassia cinnamon, which is the traditional cinnamon we find in stores.  Cassia originated in Myanmar, is less expensive, has a stronger flavor, and doesn’t boast the health benefits of ceylon cinnamon.

In contrast, ceylon originated in Sri Lanka, has a more delicate flavor, and is a powerhouse of health. Both ceylon and cassia are made of the dried bark of a species of Cinnamonum evergreen trees, but the different varieties of trees produce widely different spices.  The ceylon trees growing at Villa Vanilla are pictured above. 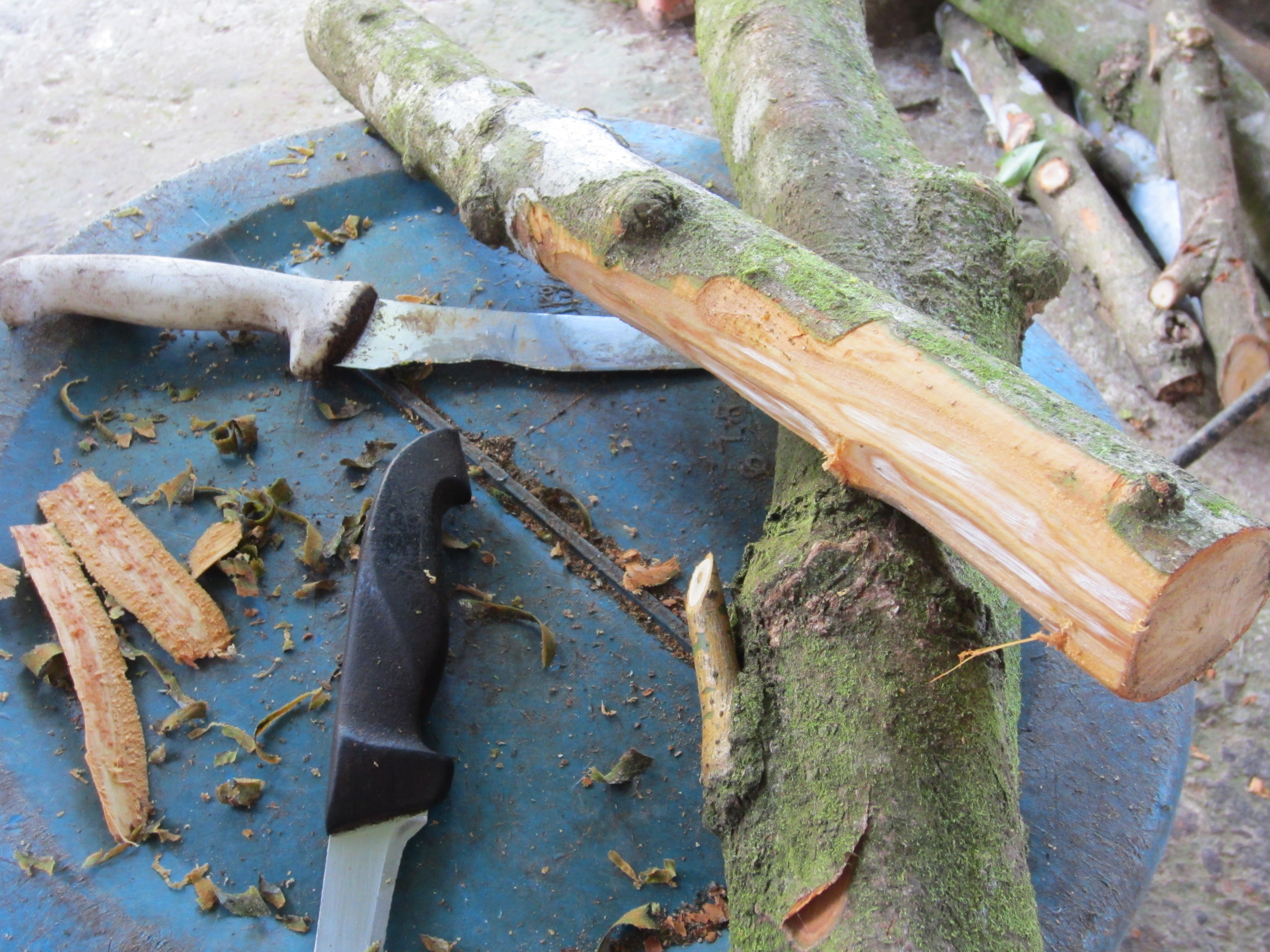 When the branches have grown to about three inches in diameter they are harvested.  The green outer bark must be carefully peeled away by hand and then the light brown inner bark (the ceylon cinnamon) is shaved off and dried.  The cinnamon layer is very thin – only about 1/8 of an inch.  In the spirit of sustainability, the interior of the wood is then used in the spice drying oven.

The cinnamon dries fairly quickly into an aromatic crumbly bark that can be used whole for teas or ground into a powder for baking etc.  I ended up coming home with a few packets of both and have already brewed some delicious ceylon tea. 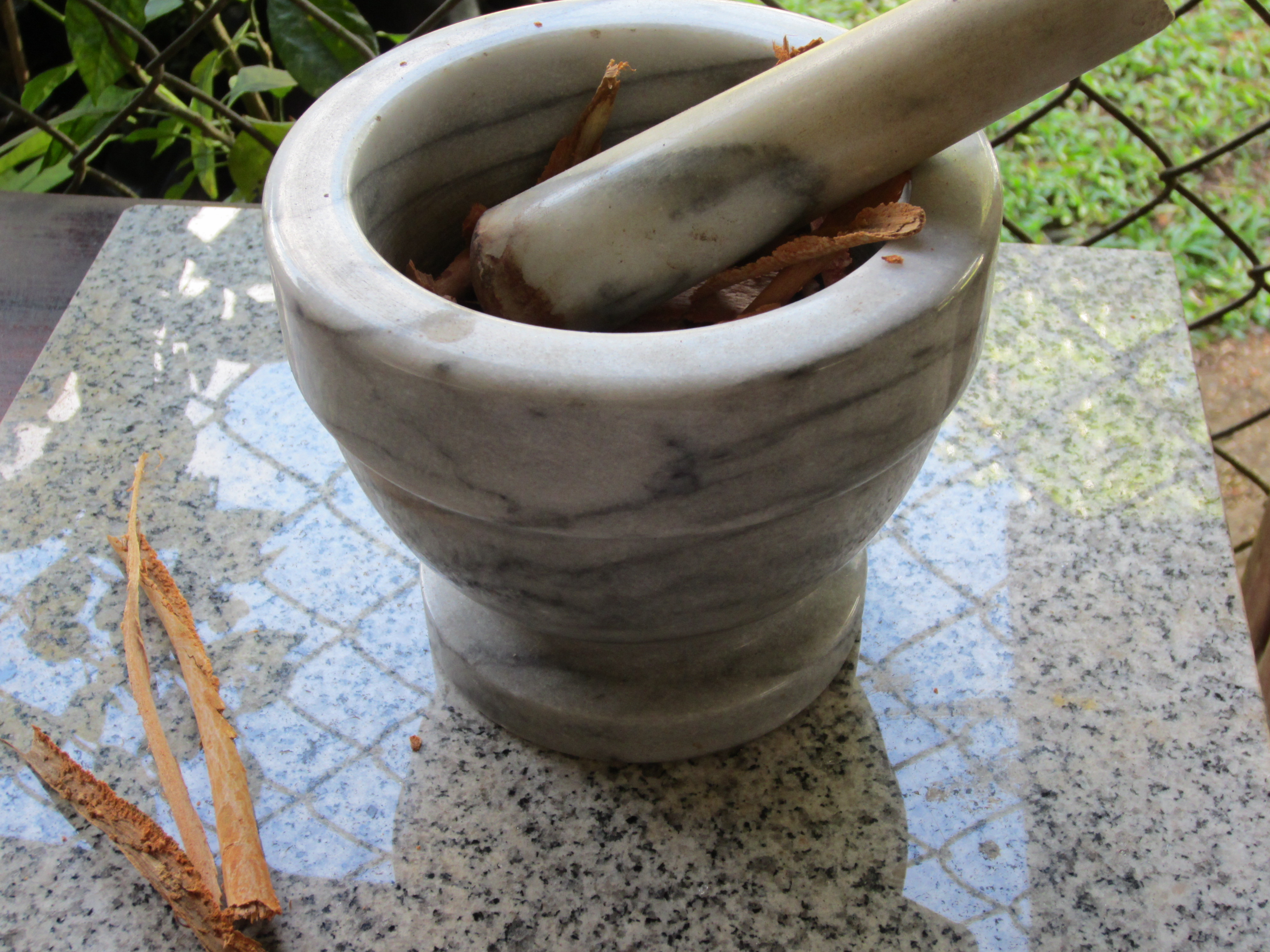 Ceylon cinnamon seems like one of those spices that is good for just about everything.  I have begun drinking a small cup of cinnamon tea each day, but you could also easily sprinkle it on oatmeal or mix it into any warm drink.

I really enjoyed seeing the full cycle of cinnamon production at Villa Vanilla and learning more about the health properties of ceylon cinnamon.  However, I was blown away to learn about the confusion between ceylon and cassia and the misinformation out there.  In the US most typical cinnamon you can buy at the store is cassia and does not boast health benefits.  In fact, there are some potential risks from consuming too much cassia.  It includes the compound coumarin, which is similar to the blood thinning drug Coumadin.  Ingesting too much coumarin isn’t good for you and can lead to issues with your liver.  Given this, it is critical that people understand the differences between ceylon and cassia and only use ceylon if they are taking cinnamon medicinally.  Ceylon is available at some stores and certainly online from spice retailers.  I think you may even be able to buy it online from Villa Vanilla!

So go eat some ceylon cinnamon and enjoy its many benefits!