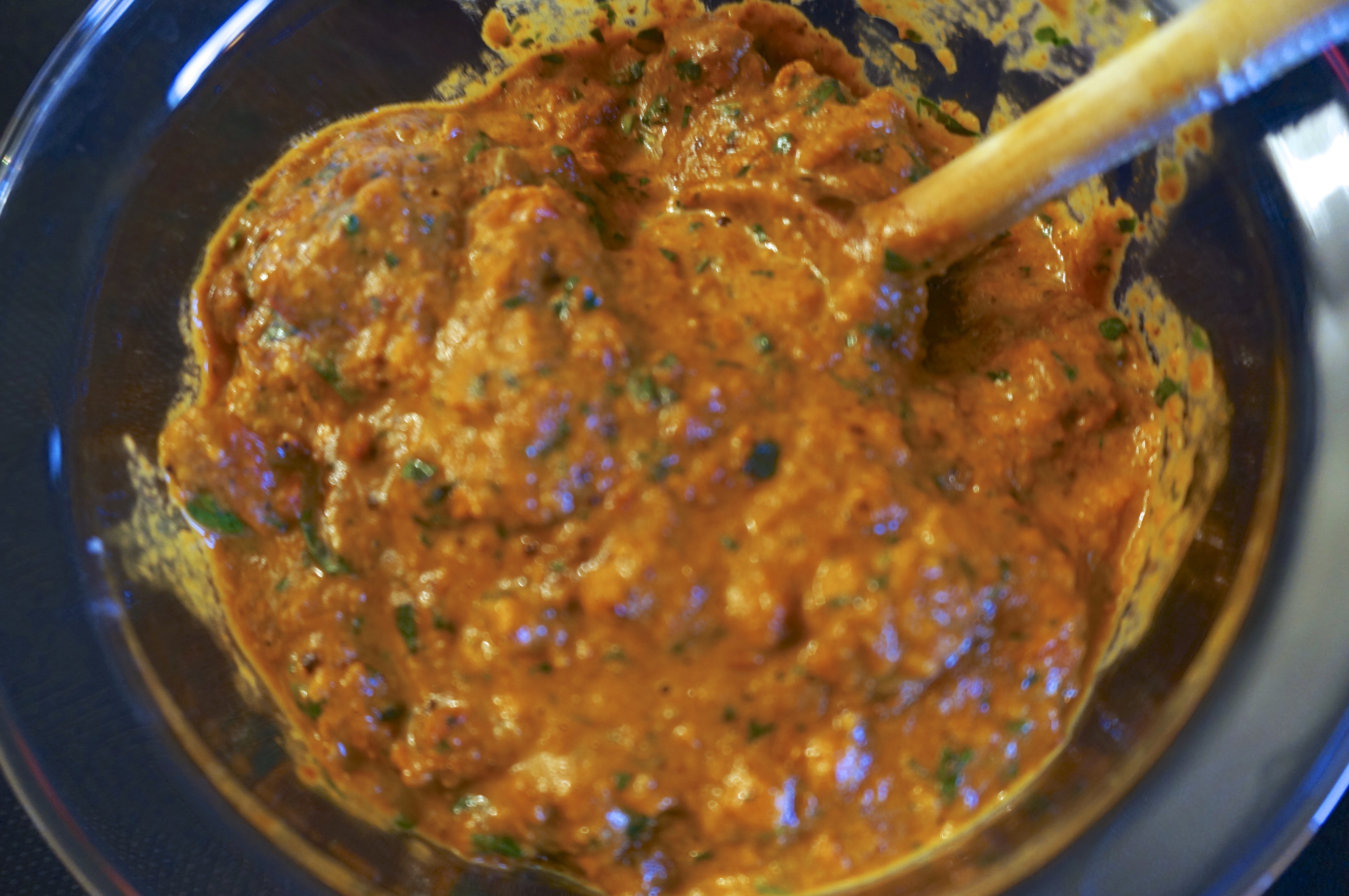 One of the highlights of my time in Paris has been reconnecting with my old friend, Shaunaq. Shaunaq and I worked together about eight years ago, but haven’t been in close touch since he moved to Paris in 2006.  Not only has it been super fun to hang out with him, he’s also been our “translator-extraordinaire” and helped tremendously with our visa applications.  Best of all, he agreed to teach me some authentic Indian recipes from his childhood.  I love Indian food and often use Indian spices in my cooking, but I’ve never had any official training in Indian or South Asian cuisine.  This was my chance! 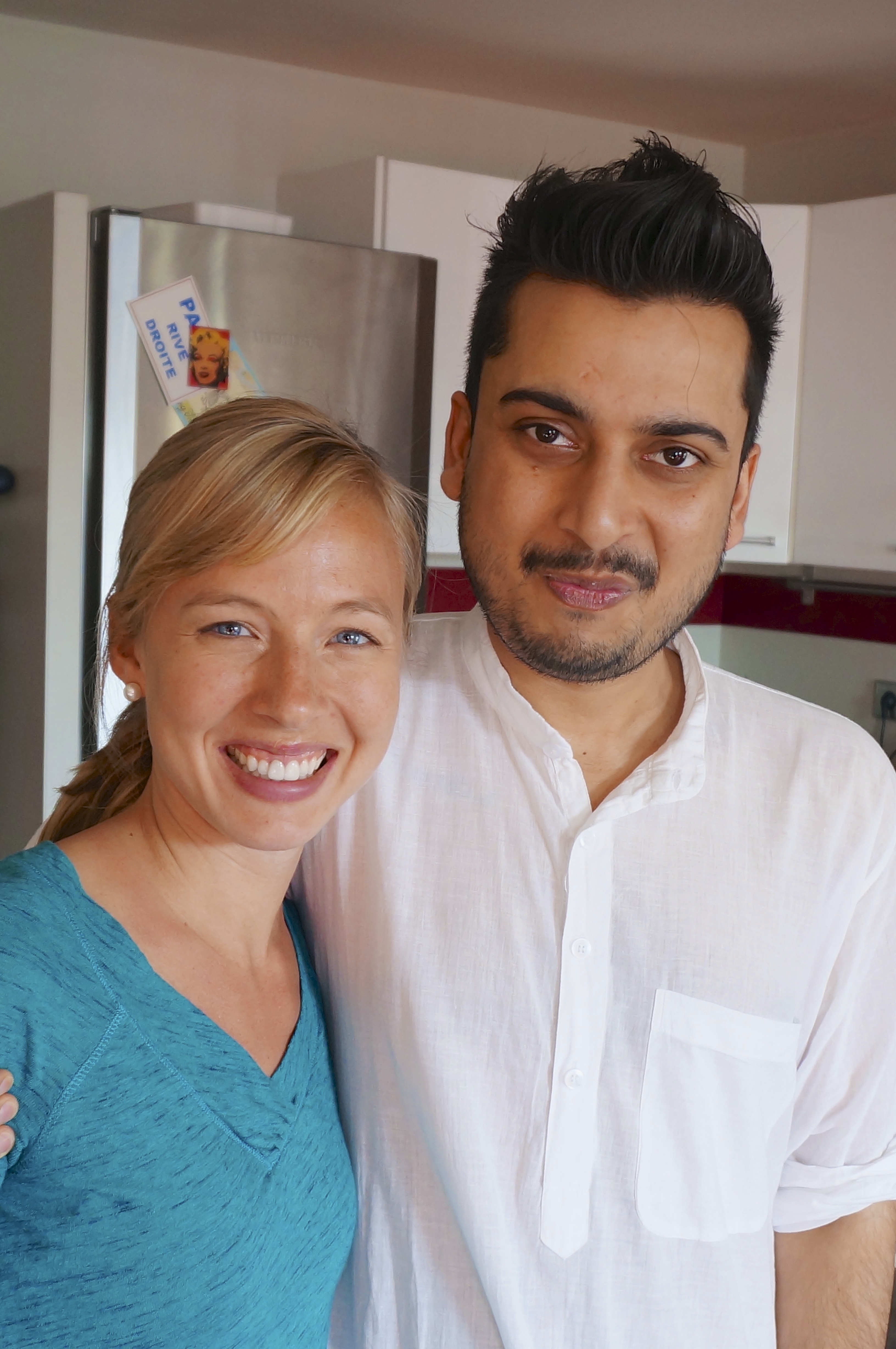 Cooking Indian food with Shaunaq was the perfect break from French food after three weeks in Paris.  It was a treat to eat something spicy and to use different ingredients.  T and I have both been craving Indian ever since this meal — it was absolutely delicious and whet our appetite for more. 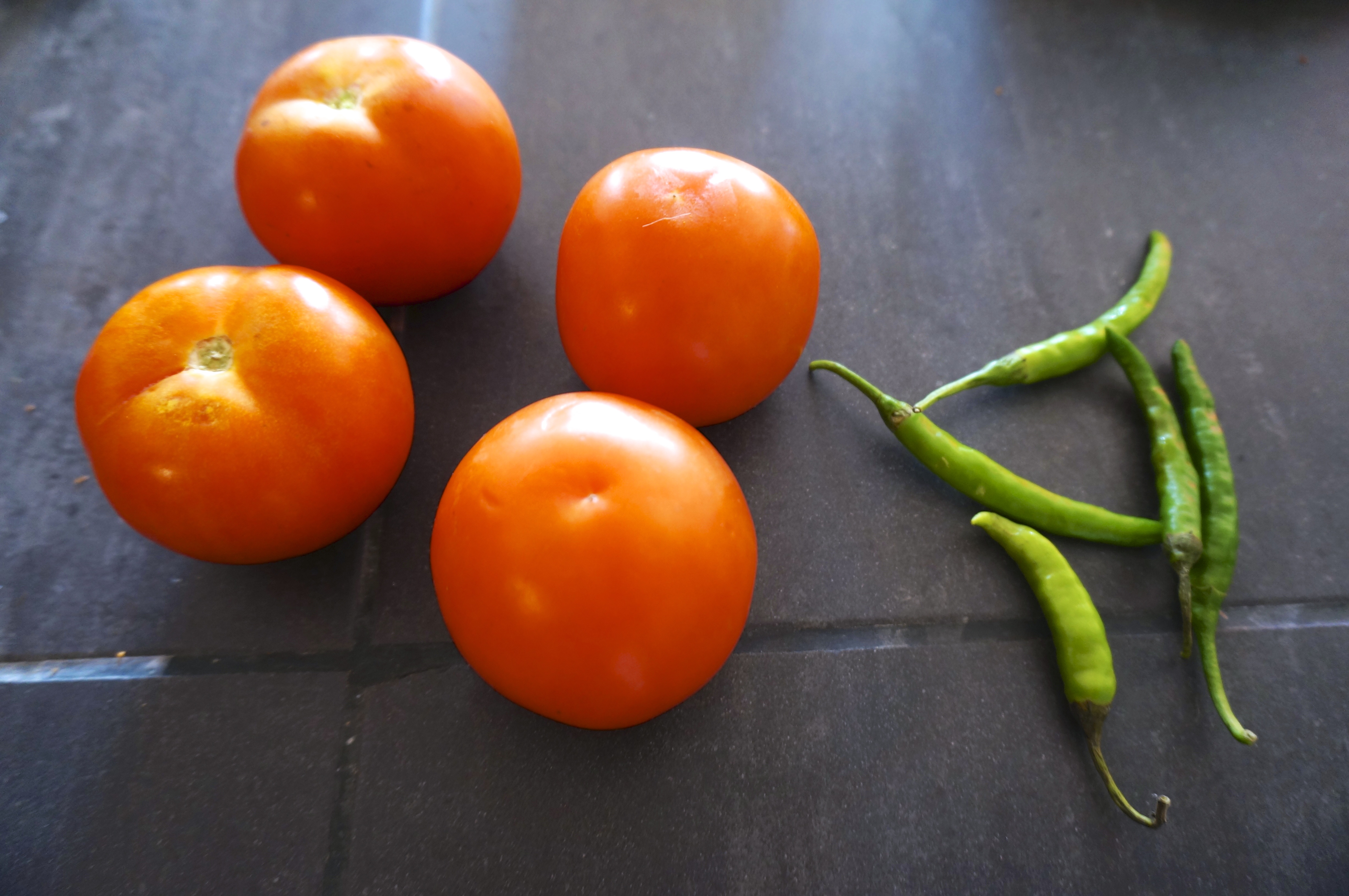 This recipe for yogurt chicken (also called butter chicken because of it’s rich flavor) is from Delhi and is influenced by the Punjabi cuisine.  Many northern Indian dishes have lots of tomatoes and this is no exception.

You begin by marinating the chicken for at least three hours (and up to twelve hours) before cooking. Combine the following ingredients to make the marinade and use it to cover 1 lb of chopped boneless chicken.  Interestingly, this recipe can also be made using already cooked chicken.  This is great to keep in mind when you have leftovers from a BBQ or roasted chicken.  It is still important to marinate the already cooked chicken before making the dish, but three hours is probably sufficient.

Melt 2 tbs. of butter in a pan and add a dash of olive oil.  Add the chicken and marinade to the melted butter and begin cooking over medium/high heat.  Toss in a handful of raisins after five minutes and stir regularly until the yogurt sauce has been absorbed by the chicken and the chicken is cooked through. 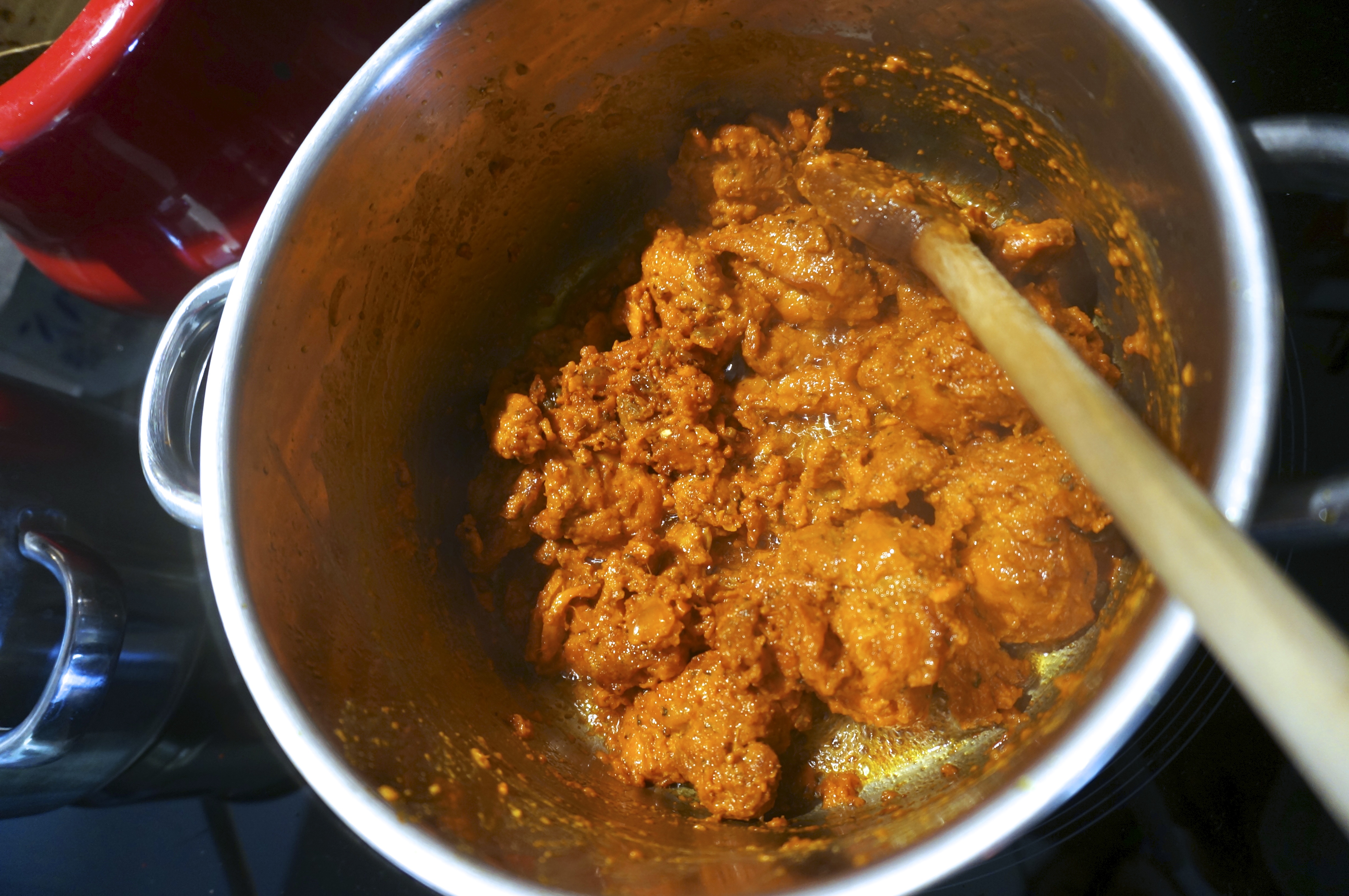 At the same time, begin making the sauce in a second pot.  Boil four medium sized tomatoes to remove their skins and then puree (only puree the tomatoes, the boiling water should be removed at this point).  Add the following spices to the tomato puree –

Simmer the sauce together for 10 minutes and then add 1 tsp. salt and 1/2 tsp. sugar.  Continue cooking for another 5 minutes or until the sauce has thickened, is bubbling, and starting to stick to the bottom of the pan.  Add 1/2 cup of cream, mix until well combined, and remove from the heat.

Pour the sauce over the chicken when it has finished cooking.  It’s best to add the sauce while the chicken is still on the stove so you can deglaze the chicken pan with the sauce.  Feel free to add some water if needed to thin the sauce. 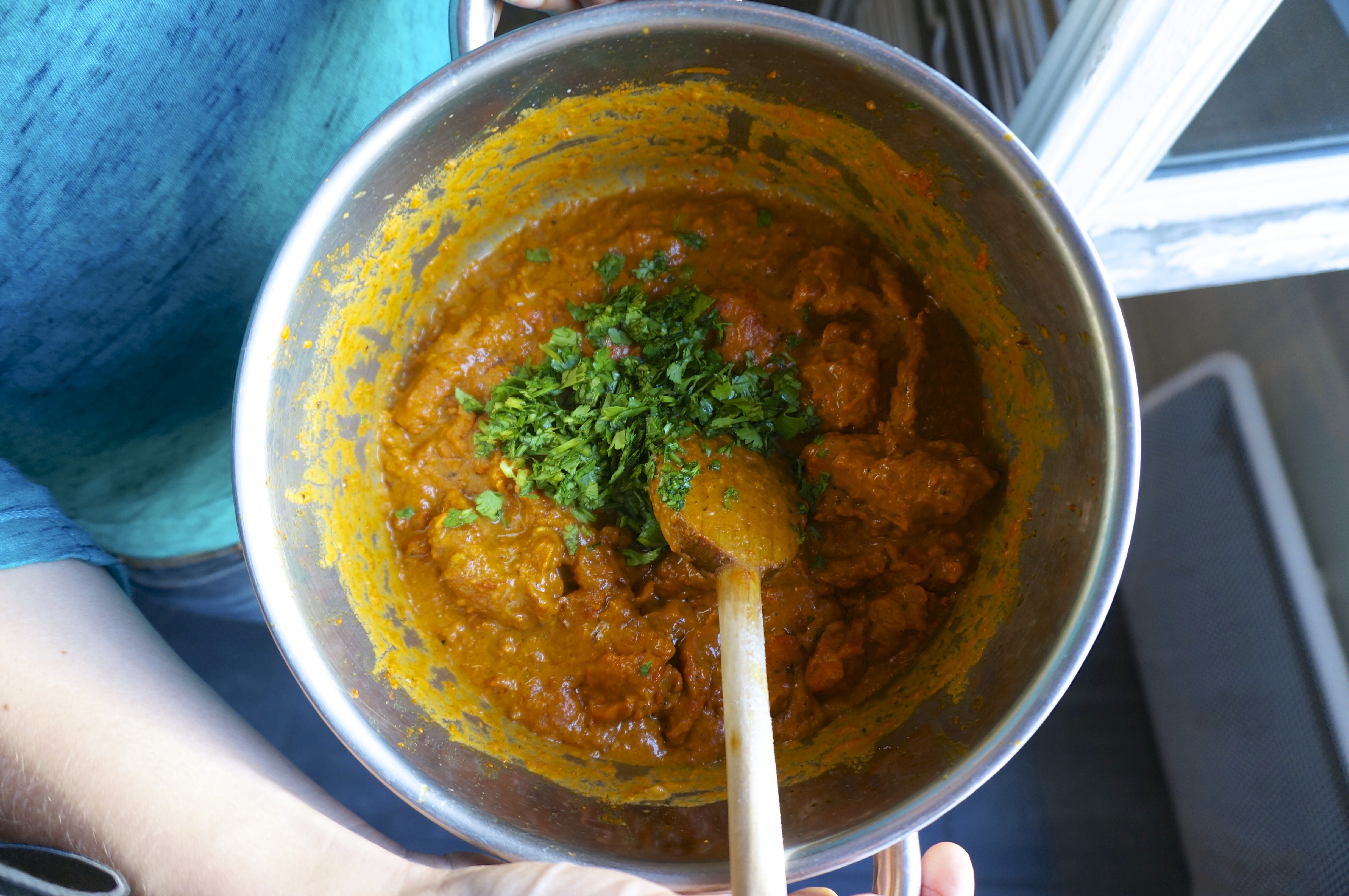 Finally, add half a bunch of fresh, chopped cilantro to the chicken.  We also made a yogurt sauce (mix plain yogurt, ground cumin and salt to taste), rice pilaf (basmati rice cooked with ground turmeric and peas), and spicy chickpeas (recipe to come soon) to go with the chicken.  It was an Indian feast! 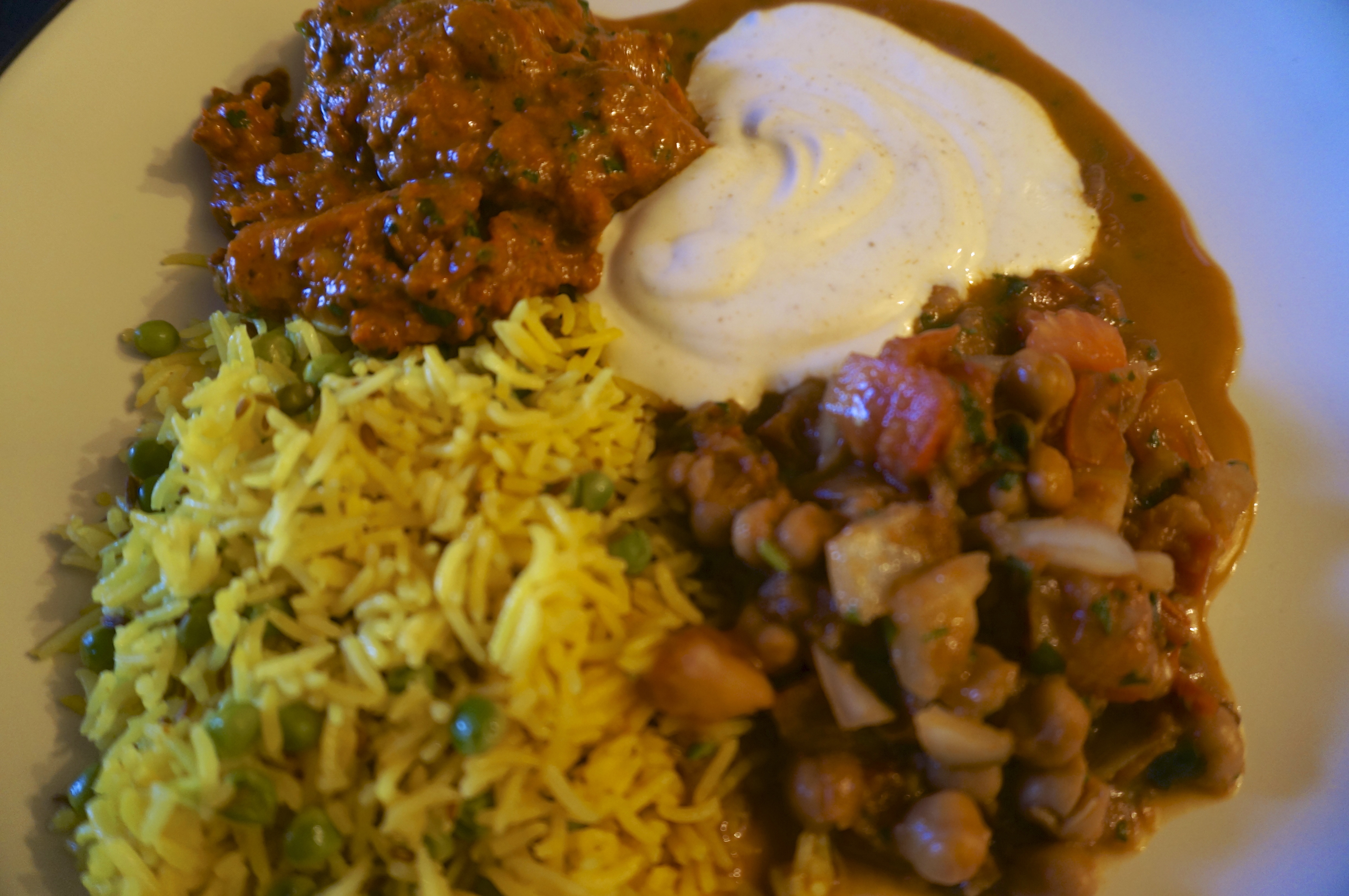 There are many reasons to love Indian food, but one of the best is its effectiveness as a spice delivery vehicle.  Many of the warming, carminative spices used in Indian cooking have potent health benefits.

Here are a few of the highlights from this recipe –

I loved this recipe and am already thinking about how I’ll tweak it in the future.  The taste of the marinade and the sauce was excellent, but since I rarely cook meat at home I might try them on a legume next time.  It would be delicious on chickpeas or over a vegetable medley of carrots, cauliflower, and onions.  I’m sure it would also be tasty on tofu or tempeh and in fact they might absorb the flavors best of all.  Feel free to experiment with whatever appeals to you!